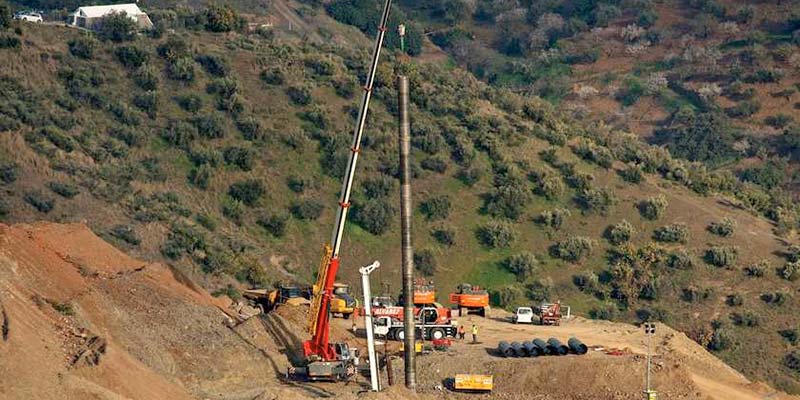 While the world has been watching in mounting dismay at attempts to reach Julen, the Spanish tot who fell 80 metres down a narrow well 11 days ago, the son of a Portuguese from Bragança has been working deep underground among the miners so desperately trying to find him.

Today (Friday), we’re told the team has started what should be the final ‘horizontal’ dig to locate the missing toddler.

Lázaro Alves Gutiérrez knows exactly how it feels to lose a loved-one underground.

His father, Eduardo Augusto Alves – originally from Bragança – died in an explosion in a mine in Astúrias when Lázaro was just 10 years old.

Say reports, it was August 31, 1995: Alves, 35, was working in the coal mine, as he did every day, with the rest of his team when there was a sudden ‘brutal explosion’ that killed 14 of the 63 men underground.

The blast was caused by a ‘gas leak that could not be detected’.

Far from dissuaded from his father’s choice of work, Lázaro grew up to become a miner – and that is what has brought him to the well in Totalán, near Malaga, where the world’s press is now camping out in the hope of news.

Lázardo is not just any miner, either. He is part of the State search and rescue brigade, ‘an expert’ who El Español claims “especially knows the dangers that rise in the bowels of coal wells”.

“Lázaro grew up and had to live without his father”, the paper concludes its latest article. “Now he and his companions are descending the well to ensure Julen’s parents don’t have to bear that kind of heavy load”.

And people round the world following this seemingly endless drama stay praying that they reach the little boy in time.