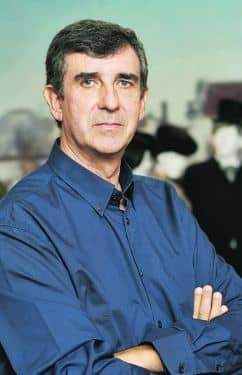 Outgoing Prime Minister José Sócrates said on Monday that he would fight June 5’s general election with the aim of winning an absolute majority.

He said that if his Socialist PS party lost the election, the wining party should negotiate for a majority Government in Parliament through a coalition.

“If we lose, I think that whoever wins should go for a majority government,” he said in an interview on RTP.

His statement was in line with those of the President of the Republic, Aníbal Cavaco Silva, when he addressed the nation last week.

In that address, he said that he had accepted the Prime Minister’s resignation and that the current crisis situation was not compatible with “an environment of party backstabbing”.

The President said that petty party squabbles in the run up to the forthcoming general election would only “damage any chances of the vital compromise needed to provide political stability”.

Over the weekend, it was made clear by constitutional experts that the President of the Republic could not legally or constitutionally take on the responsibility of asking outside bodies such as the EU or IMF for financial help.

That position was made clear after the Finance Minister, Fernando Teixeira dos Santos, said that the responsibility for a request for financial help should fall to the president since the Government was only a caretaker government until the elections.

The President of the Republic addressed the nation on March 31 from his official residence, the Palácio de Belém, when he outlined what the parties should and should not do in the run up to the general election.

Cavaco Silva called on “agreement, understanding and wide consensus” between political parties in the “name of political stability”.

He also made it clear that the PS caretaker government did legally and constitutionally have the political powers to negotiate a bailout fund from the EU.

The European Commission also stated on Thursday last week that an eventual request for European funds from the European Financial Stability Fund (EFSF) could be negotiated by the current outgoing government.

On Friday, Cavaco Silva reiterated that the Government could count on the president’s support over eventual measures to be adopted to safeguard the national interests and secure the necessary finance for the functioning of our economy.

Questioned about the possibility of the PS and PSD parties forming a coalition government in the case that an absolute majority would not be achieved in the elections, the recently re-elected leader of the PS party, José Sócrates, said he would do his “best for Portugal to get a majority government.” He added that if the PSD won the election with a relative majority in parliament, his party would be prepared to “compromise and reach an agreement”.

In a sneak preview of his caretaker government’s election policies, José Sócrates said that the TGV high-speed rail link would go forward because “we have very low interest rates and guaranteed financing for the project”.
1″>news