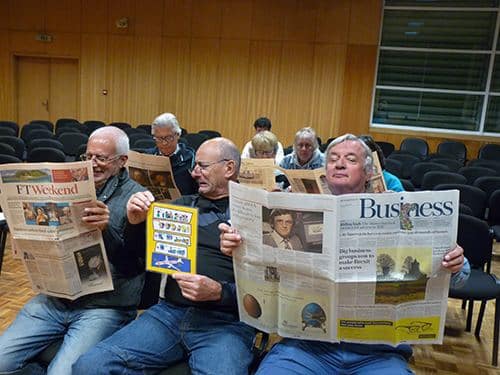 The former leader of Portugal’s opposition PSD party believes that Prime Minister José Sócrates should never have struck a deal with Brussels over further austerity measures without consulting opposition parties, Parliament and the President.

Marcelo Rebelo de Sousa said that the measures were issued without any guarantee that they could or would be ratified by Parliament and in particular the opposition party.

His words rang true within 24 hours after the PSD party leader Pedro Passos Coelho said he would refuse to accept the new Pact and was ending any further possibility of cooperation with the Government.

That decision will almost certainly fatally weaken José Socrates’ minority Government and lead to snap elections before the summer.

Academic Marcelo Rebelo de Sousa said that the country’s situation was “extremely serious” and “more serious” than the Government had been admitting.

“José Socrates took a blank, un-backed cheque with him to Brussels on March 12 because he did not have the backing of the President or Parliament,” said Marcelo Rebelo de Sousa.

He said that the Prime Minister’s words following the Brussels meeting were “contradictory” because, on the one hand, he was stressing that the situation wasn’t so serious that Portugal needed the help of the International Monetary Fund while, on the other, stating that if he hadn’t presented the further measures at that moment “it would have been dramatic for the country and opened the door to IMF involvement”.

The former PSD leader affirmed on Tuesday last week that the country’s current crisis required “an agreement with wide political backing” and that the only possible reading that could be taken from Sócrates’ actions was the gravity of the situation.

He said that although he “hated” the idea, Portugal needed a central bloc between the PS and PSD to overcome the country’s problems and that the Prime Minister had to prove that it wasn’t him and his actions that had caused a breakdown between the two parties.

“I was never a fan of a central bloc,” he said referring to the prospect of a cooperation pact between the PSD and PS, “but today the situation is so much more serious than it was between 1983 and 1985 – the last time that the IMF intervened in Portugal – and I think it is inevitable for a considerable period of time that an understanding will have to be reached between the PSD and PS,” he said.

But Marcelo Rebelo de Sousa blamed the PS party for not having made a “serious proposal” for a coalition government months ago and concluded there would need to be a coalition to deal with the crisis regardless of the Government falling and a general election being called or not.