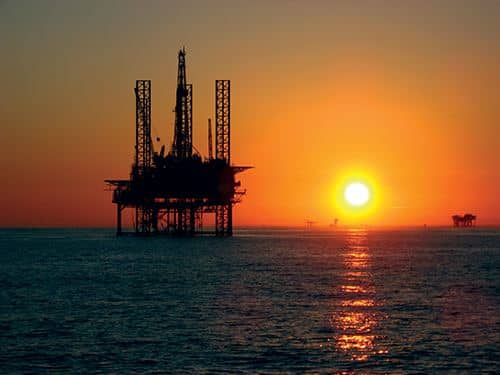 News that the new government has “cancelled” a tender for seven offshore oil and gas concessions – including one in the Algarve – was packaged by Portugal’s media this week as something of a turnaround in the whole national hydrocarbon debate. But it was really nothing of the kind.

All that has happened is that the new executive has decided not to launch bids for any new concessions.

Contrary to an announcement made as the last government was losing its hold on power, seven new offshore fields marked out for the prospection and production of oil and natural gas are, for now, being shelved.

The bottom has fallen out of the oil market and Spanish oil giant Repsol – which was leading the consortium interested in exploration in the Algarve – wants to hold onto its cash.

Thus any euphoria at the sight of headlines like “Government cancels seven oil and natural gas prospection licenses” rapidly dissipated on closer inspection.

Meantime, the government’s apparent lack of understanding of the contracts in place continues.

This was displayed in Matosinhos yesterday when minister for the sea Ana Paula Vitorino was questioned over the “future exploration of oil in the Algarve”.

Yet again, the word ‘exploration’ belied the content of contracts that this new government has stressed it has every intention of keeping.

The numerous licences now in place, with companies Repsol, ENI, Galp, Partex and Portfuel, all allow for prospection, production and commercialisation of any gas and oil discovered.

Thus Vitorino’s insistence that the State would “never compromise” its natural resources or allow “environmental attacks” in the Algarve was akin to shutting the door after the horse has gambolled out of it, with a large bale of hay in its mouth.

Certainly, there have been no comments yet from the vociferously anti-oil group of Algarve mayors, which consistently confirms the region’s opposition to any kind of oil or gas industry in the Algarve.

As for anti-oil campaign group ASMAA – the independent association that has been dragging the fight into the regional limelight, with huge success over the last few weeks – CEO Laurinda Seabra saw through the news instantly.

“It’s a very small victory,” she told the Resident. “But does not impact on contracts already signed.”