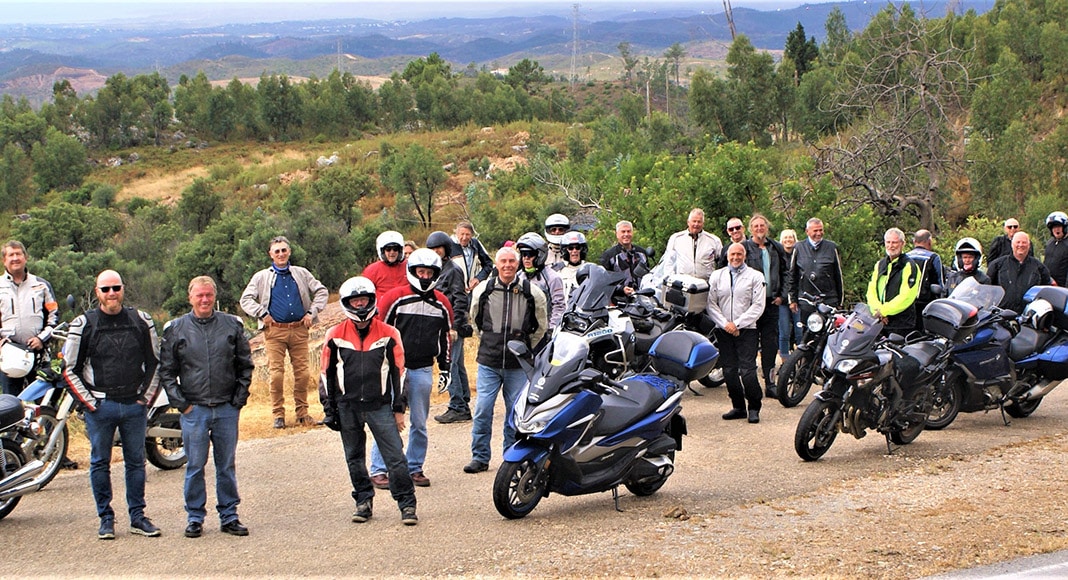 The Algarve Senior Bikers (ASB) had two outings in June. The first one earlier in the month was a longer ride than usual to Castro Verde in the Alentejo for lunch.

The ride started in São Brás de Alportel and was organised and led by Stan Green and Erwin Oortman. A break for refreshments was made in Álamo, near Mértola, before continuing on to lunch after which the riders made their own way back down to the Algarve.

The second ride started in Silves and was due to incorporate some challenging roads through the Monchique hills before finishing in Marmelete. However, the ride was somewhat curtailed when, after the first section, the rain started to fall on the way to the coffee break in Monchique.

After an extended coffee stop and much discussion, it was decided to abandon the second part of the route and proceed directly to the restaurant for lunch. This turned out to be a good decision as it was a relatively dry ride all the way to Marmelete. The second part of the ride will have to wait until another day.

The photo shows the group at the viewpoint near Odelouca shortly before rain stopped play.

Roy West and David Shirley were leaders on this occasion.

“Grateful thanks to all on this ride who kindly contributed to the funds to help send the children from Gaivota home on a day trip as a reward for their good work during the last school year. Your donations are much appreciated,” said David Shirley, founder of ASB.

ASB hope to have another ride towards the end of July. Details will be announced soon on their website – https://algarveseniorbikers.com