Portugal Resident
Home Society Opinion So, what don’t you like about Portugal? 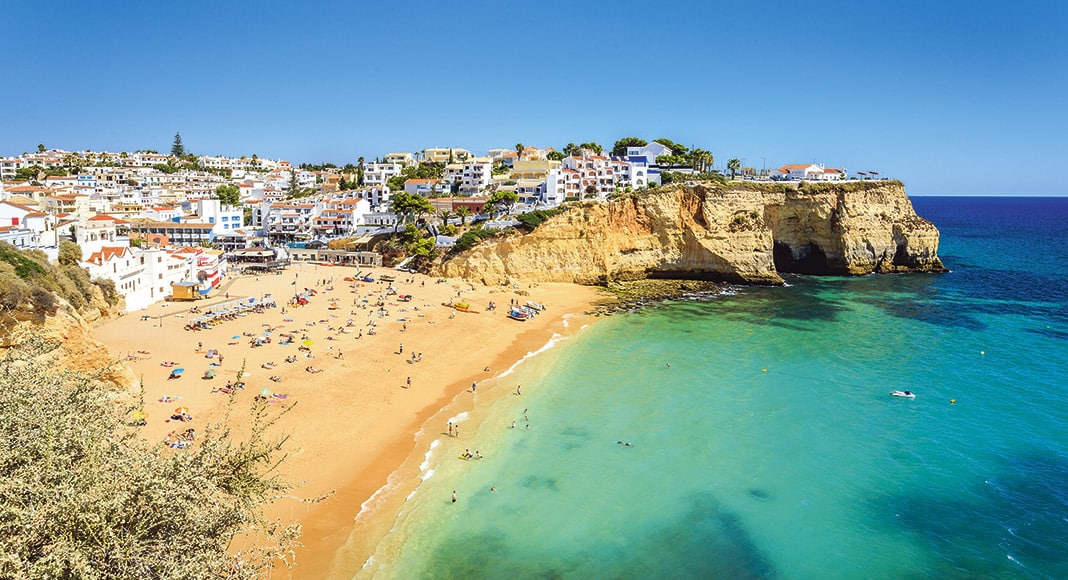 Recently on one of those chatty social media sites (you know the ones where different potential expats, and some already here, ask the same questions over and over again and then don’t accept the answer that it is indeed a bad idea to ship an American car or truck over from the States), someone asked the relatively provocative question “What, if anything, do you not like about Portugal?”

Well, the query got way over 300 responses including “I can’t get any parts for my Dodge Ram pickup that I spent a small fortune to ship over here.”

The point was made more than once that no place is an utopia and that, overall, most of the residents liked (loved even) living here, in a relatively safe country with plenty of history, scenery and inexpensive wine. However, lots of things were mentioned. One guy was actually “tired of the food”. Another was peeved that sometimes English wasn’t spoken in government buildings and in customer service situations. Another decried “freezing ocean water”.

Many had weather-related complaints including that where they lived was too windy or that they hated the “cold, damp, wet, foggy rainy season”. Apparently, these folks didn’t live in the Algarve. Those of us who do did mention that it can get hot. I know personally … I get so bored by day after day of relentless clear blue sky. I long for the occasional puffy cloud. I’ve even gone so far as to lodge formal complaints with the weather bureau and the tourism board. To no avail. Okay, I’m kidding, but you get the point. I hope.

Some were bothered by the behaviour of children in restaurants, who apparently lacked supervision. I suspect that these are often tourist children whose parents have taken the attitude that they’re “on vacation too”. There were those who bemoaned that they were unable to find their favourite spices or condiments like Mexican chillies or good old Canadian maple syrup.

A number mentioned “bureaucracy”! It was pointed out, by some with way more patience than ol’Pat usually exhibits, that part of the problem with moving here is that all of the bureaucracy hits new potential residents all at once. From NIF numbers to driver’s licences, it has to be taken care of near the beginning and, of course, that can feel like a hassle.

However, compared to moving to the U. S. of A. or Brazil or Italy or Panama, just to mention a few, Portugal is a breeze. In Panama, a top-rated retirement destination, where my lovely wife and I moved first, you had to “pay extra” to everybody to do anything and it still took longer than seemed reasonable. The point again is that some of these concerns can be valid when referring to many places around the world.

So, what were the Top Three things our intrepid expatriates had problems with here in Portugal? Please find the answers listed below in order. Please also be aware that the “data” is the result of a non-scientific, informal survey filtered through the perspective of yours truly, the author.

#1 – Dogs
One guy actually wrote that, during the first week he was here, he stepped in dog droppings “three times”. Besides offering the kindly advice that maybe he should watch where he is walking, it was generally agreed that this is an area where improvement is called for. Part of the problem has to do with the high incidence of strays coupled with the fact that some locals do let their canines out to roam free.

I know that I stuff a few poop bags in the back pocket of my bermudas every time I leave the house with Fluffy and that most pet owners are also responsible for eliminating evidence that their puppy has been in a certain area.

Certainly, a higher percentage of dogs and, yes, cats need to be spayed and neutered, coupled with a much stronger education programme stressing responsible pet ownership. Also adopting a pup from one of the many shelters doing their part is always a good idea. There is an element of the culture, where not everyone has a humane attitude toward their animals, with way too many dogs chained up and neglected and often left to bark endlessly.

Probably the biggest complaint of all is barking dogs. What I don’t get is, how does the owner of the persistent barker stand it? Why doesn’t it seem to bother him or her? Because the victims don’t appear to get used to it, not even after many full moons …

#2 – Driving
As my loyal reader might remember, the first column I wrote for the leading English-language newspaper in the area was all about “Tailgating”. In my debut (30 submissions ago), I commented that I didn’t think that when I looked into my rearview mirror that I should be able to notice that the driver behind me had a piece of lettuce in his teeth. Several others have also noted that the distance between isn’t measured by car lengths but rather inches.

I believe that many follow so close so they can pass at the very first opportunity, like at curves or the crest of hills. I have noticed that some drivers who have zoomed around me, just ahead of an oncoming garbage truck, have saved between three and 10 seconds in total travel time before arriving at the next round-about. So yeah, tailgating is something they do here and we expats will simply have to get used to it.

An interesting trend I noticed was that when several expat motorists commented on the high speed that many Portuguese seem to maintain, the well-travelled comparison was with Italian drivers. One woman even noted that her husband seemed to embrace stepping on the gas pedal and “turned into Mario Andretti”. I’ve never actually rented a car in Italy, but if I do, I’ve been warned.

The other comparison was with Formula One, which in fact is coming to the Algarve. I do believe that speed limits are often exceeded and seldom enforced. A lead-foot myself, I like to hover at about 140 on the A22 or A2 and that quite often I’m passed by a Mercedes who appears to be going twice as fast. That’s why it’s the law to stay in the right lane unless passing another vehicle. What I don’t get is why they often pull back into the right lane way before they can see you in their rearview mirror. It’s as if they’re forcing you to tailgate.

#3 – Smoking
Full disclosure, Ol’Pat is a smoker. I try to be good, and I don’t even smoke in my own house, just out on the terrace in all weather. When I go to the local British pub, I’ve observed that at least a third, if not half, of the blokes smoke. However, when I attend a gathering organised by the Americans Living in the Algarve group, I find myself out on the sidewalk with the only other couple who smoke.

So yes, it is different for people from the United States, where the antismoking education campaign combined with relatively strict laws has been successful and accepted.

Personally, I’m pleased to spot an ashtray on the table, but the only reasonable way to go is to respect any request to refrain from lighting up if it bothers other people, who may very well have health concerns. The argument was over when it was established that second-hand smoke was a problem.

One unhappy person stated emphatically in their one-line reply to the original question, “Animal mistreatment, dog waste and cigarette smell everywhere you go”. Well, I don’t think it’s that bad here. Different cultures develop different attitudes at different rates and in a different order. I truly believe that attitudes toward animals will continue to improve and become more humane, while I doubt that driving practices will change much over the next decade.

Smoking is an issue that will probably linger in the air for a while but will never be considered as stylish or acceptable as it was decades ago. It’s on its way out because it is not healthy. After all, the EU just eliminated menthol cigarettes and Portugal has made it against the law to throw butts down on the pavement.

If you will allow me to paraphrase and combine some of the reactions to the surprisingly long list of faults found, the underlying theme was one of accommodation and tolerance.

“Like any country, there are great things and not so good or elements that require improvement. It’s all about expectations and understanding culture. If you are used to punctuality, for example, or getting things done promptly, then you may have to reset your expectations. Being an immigrant/expat has its challenges everywhere, so try to be realistic.”

Since graffiti was only mentioned once and not one of the 300+ complaints mentioned uneven sidewalks or cobblestones, it is clear that we’ve already gotten used to many aspects of Portuguese life, which might not be ideal but are the types of conditions that we can live with.

Note: Continuing in this vain, I would like to hear from my reader(s) what they think should be included in a possible future column. Here are the two related topics:
– What do you miss most from your home country, now that you’re here in Portugal?
– What do you not miss from your home country, now that you reside in Portugal?
Please keep your ideas brief. Ol’Pat is old and doesn’t have the patience any more to read long-winded email diatribes or attacks. I do not plan to credit any sources and reserve the right to edit and possibly combine ideas and concepts. Actually, I would very much appreciate any ideas that you think might be a worthy topic for a future column. No, I’m not out of ideas, yet, but I hope this will be fun.