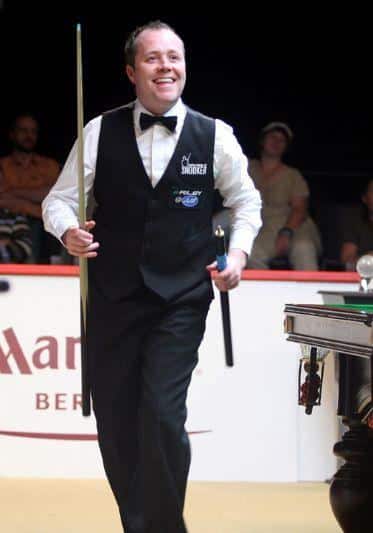 World class snooker players will be in the Algarve in May to play in the inaugural final of the World Series of Snooker.

Top ranking players from around the world, including John Higgins, Steve Davis, Shaun Murphy and Ken Docherty, will all be present in the region for the final, which is due to receive worldwide coverage thanks to it being televised by Eurosport.

Organisers of the event believe that this will be the pinnacle of a fantastic tournament that has seen competitors play to packed houses across the world.

Pat Mooney, managing director of FSTC sports management, organisers of the event, told the Algarve Resident: “We put the location of the final out to tender and had a number of different offers including Copenhagen and Berlin. However, it was the players who decided that they wanted to play the final in the Algarve and Portimão seemed a perfect choice.”

The final is to be held in the Pavilhão Arena in Portimão between May 8 and 10 and is being staged in association with the Allgarve 09 programme of sporting, cultural and musical events scheduled throughout the summer season in the Algarve.

Five thousand live spectators and 22.5 million global viewers are expected to watch the final in Portimão.

“If you enjoy watching snooker on the TV then you will find it truly addictive to watch the game live,” said Pat Mooney.

He added: “The players have so much personality and you can really experience this live; it is also really intense when you are in the hall with the players.”