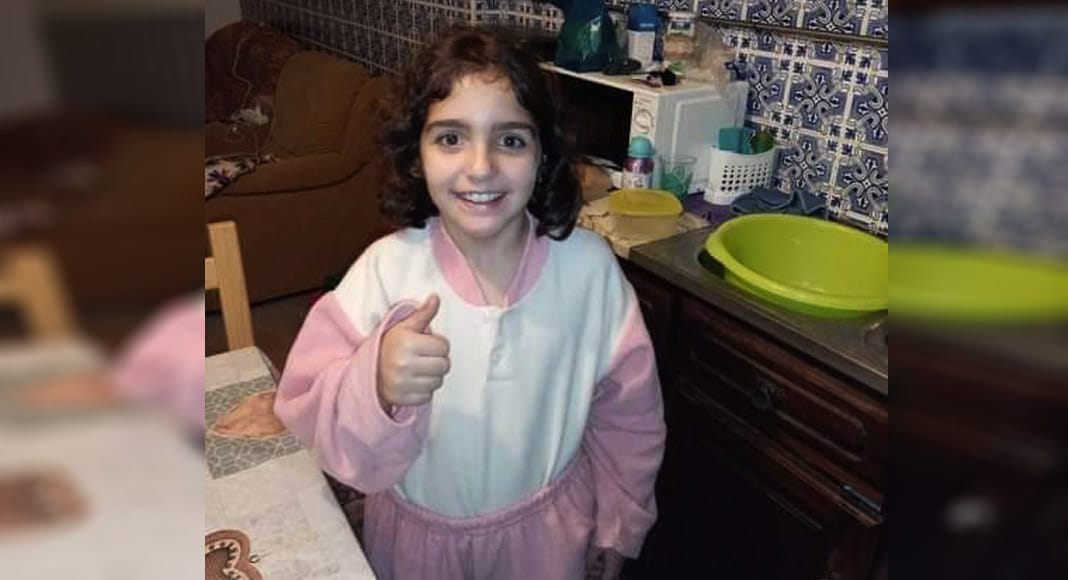 Sniffer dogs and drones are being used to try and locate a missing nine-year-old, last seen in pyjamas at her father and stepmother’s home in a seaside village near Peniche.

Dark-haired Valentina Fonseca was last see at 1.30am on Thursday morning, according to a family source.

Her parents and other siblings had gone to bed around 11pm, writes Observador – but two and a half hours later her father is described as having gone into his daughter’s bedroom to have “snuggled her up in her blankets”.

There are a number of grey areas in this story that is suddenly starting to look very serious indeed.

Valentina has now been missing since her father discovered she wasn’t in her bedroom at 8.30 on Thursday morning.

Observador states that a source for Leiria’s District Command says it was alerted to the child’s disappearance 12 hours later, ie 8.30 pm on Thursday evening. By this time friends and relatives had shared the child’s photograph over Facebook and the GNR had been called.

Focus in the media has been on the fact that Valentina has left home in the village of Atouguia da Baleia before – over Easter last year – but was seen by police and after being asked why she was out on her own, returned to her father. The whole incident was over in a matter of hours. At the time, the child is understood to have been missing her mother who enjoys shared custody of Valentina with the father.

Observador writes that the little girl may have left home this time due to ‘jealousy’: her father and stepmother have recently had a new baby. But this theory loses traction when it is pointed out that she is frightened of the dark – and therefore unlikely to have left home in the middle of the night.

She also appears only to have been wearing flip flops, beyond pajamas and a blue jacket.

Further questions have been raised by neighbours who say they remember seeing a red van parked in the area – close to the family’s house at “around 1.30am on Thursday” (the time Valentina’s father is understood to have been tucking her blankets around her).

This van is one that is not known in the area, and appears to have gone by the time the alert was raised.

The same source told Observador that on the night Valentina went missing, her step-mother had forgotten to lock the door (presumably meaning the door to the house).

As all media channels following this story have remarked: “This is a story full of loose ends, with lots of questions without answers”.

Neither of the missing child’s parents appears to have talked to the press, although police have questioned both.

Valentina’s mother, from Bombarral – roughly 30 kms away – is understood to have travelled to Atouguia da Baleia to accompany search efforts.

The case is in the hands of PJ (criminal police), with a large number of uniformed agents and vehicles ‘on the ground’.

The search perimeter is being constantly widened as a second full day without knowledge of Valentina’s whereabouts is approaching the evening.

Another full day of searches, with hundreds of people joining the efforts, has come up with no sign of the little girl.

A horseback rider who has been involved in the hunt has told reporters that he discovered a child’s t-shirt and a woman’s jacket in an area where people normally don’t go walking. Both had only recently been discarded, he said.

Police are understood to have taken the clothes for testing.

The trouble with this search is that the area in question is full of dense vegetation, ruins, open wells and areas which could pose real danger to a child, particularly one who may be suffering from disorientation and even exposure by now.

Reports stress that Valentina does not know this area, as her father and stepmother only recently moved there.

Also pointed out is that if Valentina is in the area, she isn’t ‘moving around’ as everyone now is on the lookout for a wandering child.