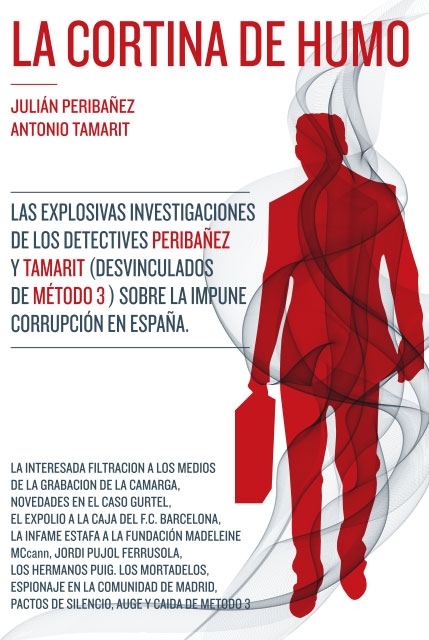 For reasons not immediately clear, social media has started buzzing again over the allegedly corrupt practices of one of the private detective agencies hired by the parents of Madeleine McCann, shortly after the little girl vanished from a tourist complex in Praia da Luz, Portugal.

Much has already been written – both in the UK and abroad – of the money billed to the Madeleine Fund by Barcelona agency Metodo 3.

Quoting Spanish newspaper ABC, Diário de Notícias confirmed two years ago that Metodo 3 detectives “affirmed that they had clues pointing to a pedophile ring which had kidnapped the child, and for the journeys made to Portugal, Morocco and the United Kingdom, the agency charged 70,000 euros, without presenting any results – because in reality there never was any investigation”.

A source from ABC told the paper that Metodo 3 “guaranteed and charged for five investigators” on the case, “when in reality there weren’t even three”.

For the journeys to Portugal, “the agency charged as if four people were travelling”, when only one had, and this person “did not even speak Portuguese”.

As DN affirmed in 2013, Metodo 3’s practices eventually came under police scrutiny – not over the agency’s handling of the Madeleine case, but over allegedly illegal wire taps on political parties “and other irregularities”.

What seems to have stirred up new controversy is the online publishing of a previously banned book in Spanish by former Metodo 3 private eyes Julián Peribañez and Antonio Tamarjit.

Entitled, La Cortina de Humo (the Smokescreen), its section on the Madeleine investigation has been translated into English.

The bottom line is that one of the writer’s claims he tried to alert the Madeleine Fund to the kind of fraud that he claims had been perpetrated against it, so they could all work out a “strategy whereby they – the parents of the little girl, in whose innocence we have always believed – would not suffer any harm from this intrigue”.

Bizarrely, Julián Peribañez’ concerns met with what he described as a “wall of silence”.

It is this wall that seems to have set tongues wagging across social media – where blogsite and fora fixation on what has become the millennium’s greatest mystery shows no sign of abating, despite the fact that it is nearly nine years since Madeleine disappeared without any verifiable trace.

Why would there have been no interest in discovering the extent of fraud of a fund which both writers contend was “supported by hundreds of unsuspecting people whose sole objective was to find Madeleine”?

The controversial Complete Mystery of Madeleine McCann forum is also asking why Metodo 3 was hired in the first place, adding: “If you are reading this as a guest and are not yet a member of CMOMM, why not join us, get yourself briefed on one of the most mysterious cases of the century and maybe even help us in our quest to find out what really did happen to Madeleine McCann.”

Since the CMOMM published its “exclusive” on what it calls the “corruption and criminality inside Metodo 3”, twitter posts have been picking it up and once again this apparently eternal mystery enters new ground.

For anyone who can read Spanish, La Cortina de Humo can be found on Amazon and via Spanish website casadellibro.com.

For those who can’t, the translation of Chapter 13, concentrating on Metodo 3’s investigation of Madeleine’s disappearance can be found on CMOMM.