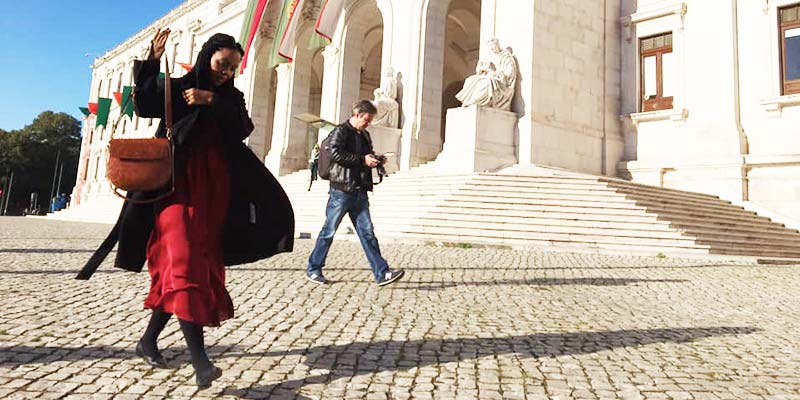 Portugal’s smallest parties have been creating major upsets in parliament this week.

At the centre of a spat that has been seized by international media is Joacine Katar Moreira, the black woman MP who struggles with a pronounced speech impediment and represents the eco-Socialist party Livre (meaning Free).

Ms Moreira is already in hot-water with party leaders, who are considering whether or not to withdraw their confidence in her despite the fact she is their only MP. This week has seen her petitioning for the spoils of former colonies, housed in Portuguese museums, to be returned to their countries of origin.

The proposal saw right-wing MP André Ventura – also the only representative of his party – suggest over Facebook that Ms Moreira should be returned to her own country of origin (Guinea-Bissau).

This elicited howls of outrage from the larger parties which are today meeting to decide whether or not Mr Ventura should be formally upbraided for xenophobia.

Foreign press outlets like Reuters have picked up on the story, focusing on the condemnation it has brought from Justice Minister Francisca Van Dunem.

Ms Van Dunem described Mr Ventura’s comments as “an example of the xenophobic discourse which has begun to invade our institutional spaces and now arrived in parliament.”

According to Reuters, there is concern that Mr Ventura’s “populist rhetoric” is “whipping up anti-foreigner and homophobic sentiments and nostalgia for Salazar” (Portugal’s former fascist dictator).

As the country’s larger parties line up against the lone representative of Chega (meaning Enough), there has been further furore from the ranks of the ‘new look CDS’.

Recently ‘taken over’ by a 30-something who promises to make the party ‘sexy’ (click here), Expresso reveals that one of the new intake supporting Francisco (Chicão) Rodrigues dos Santos is a man with a fondness for Salazar.

Abel Matos Santos has described the former dictator’s much-feared PIDE (secret police) as the “best police force in the world” and dismissed a former Portuguese consul credited with saving thousands of lives from the Nazi gas chambers as “a money-lender to the Jews”.

Rubbing salt into the wounds, Matos Santos tells Expresso that his comments “like everything in life, had their moment and their context”, while the CDS party itself has declared that while it didn’t know about the comments specifically, it does know Matos Santos’ ‘thoughts’.

For a small party that has fallen in the polls like a dying duck since forming a coalition eight years ago with the larger centre-right PSD, it has been an unusual way to start becoming ‘sexy’.