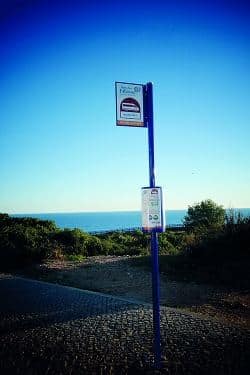 Just when Portimonense’s luck appeared to have changed, the elements conspired to stop the team’s push out of the relegation zone.

Shortly after 6pm on Monday evening the heavens opened above the western Algarve and by the time the game against Nacional kicked off two hours later the recently laid municipal stadium pitch had been transformed into a waterlogged quagmire. “The torrential rain worked against us,” manager Carlos Azenha said after 90 minutes of highly unsatisfactory aquaplaning. “The team was not able to play the ball on the ground in its normal manner.”

In truth the conditions made playing football almost impossible for both sides and it must be assumed that only the presence of television cameras persuaded officials to allow the game to go ahead. Portimao adapted to the conditions better than their opponents from Madeira and should have hoisted the ball into the net on no less than five occasions during the first half.

Keeper Bracalli’s heroics in the Nacional goal were matched by Ventura for the home side, resulting in a sodden stalemate by the time the interval was reached.

The pitch had taken on the appearance of a flooded lagoon by the time the teams set sail for the second playing period.

A double save from Ventura in the 65th minute was not good enough to prevent Nacional’s Skolnik from scoring at the third attempt to put the visitors ahead.

Shortly afterwards the treacherous conditions finally took their toll as first Todorovic and then Pedro Silva received their marching orders. With both sides reduced to ten men the match looked to be heading for a very disappointing home defeat until Pedro Moreira contrived to lob the up to that point faultless Nacional keeper in the dying seconds.

The shared points were not of any great benefit to Portimão however as immediate rivals Naval and Setubal also managed to draw their respective games.

Even more daunting is the fact that Benfica are the opponents in Lisbon on Sunday (8.15pm, live on Sport TV1) followed by a visit from champions elect Porto.