Following the enforced cancellation of the Portugal Masters earlier this year, the event’s exalted status is reflected in the European Tour’s decision to now stage the 2021 edition. Being held at its traditional home, the Dom Pedro Victoria Golf Course, Vilamoura, the rearranged, four-day tournament commences on Thursday, November 4 until Sunday, November 7. 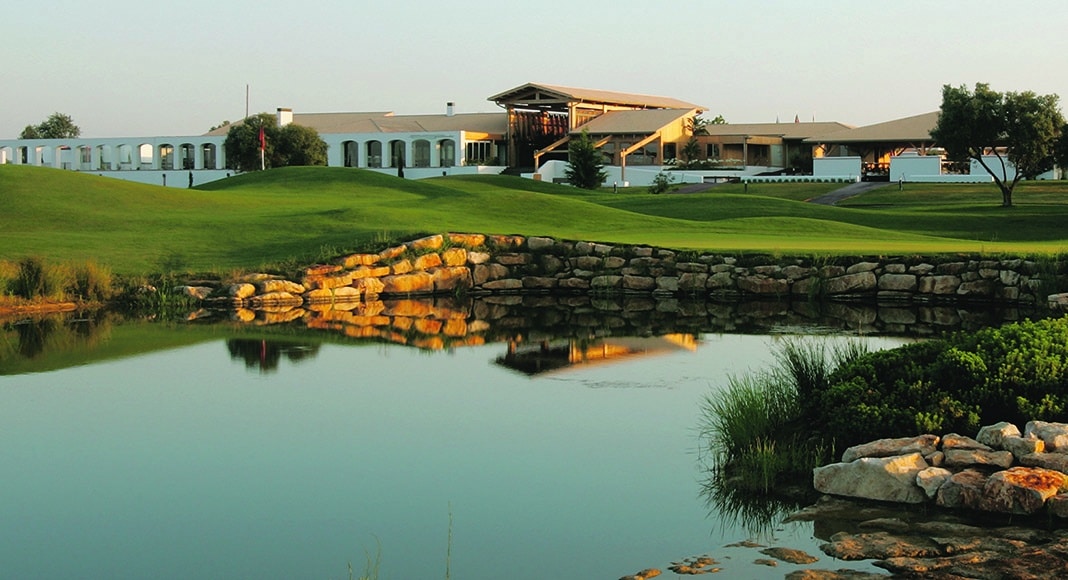 With the competition’s established reputation for providing quality golf and high drama, there are heady expectations for yet another fantastic golfing spectacle.

Beamed to a worldwide TV audience, the tournament will again showcase the grandeur and quality of golf in Portugal. Also, the enthralling prospect of golfing superstars battling for coveted points in the Race to Dubai adds even further to the sense of anticipation, with the 2021 ‘Race’ heading for yet another exciting conclusion.

The 15th consecutive edition of the €1.5 million Portugal Masters returns after being postponed in April of this year, due to travel difficulties caused by the COVID-19 pandemic, and as a result of ongoing effects of the virus, Portugal’s blue riband event replaces this year’s Volvo China Open on the 2021 European Tour.

While past Portugal Masters tournaments have attracted more than 40,000 spectators, the 2021 edition is still set to welcome a sizeable number of fans even if, understandably, attendance is likely to be a bit less than in previous record-breaking years. Once again, though, a host of international golfing stars are set to shine in the beautiful Algarve.

In September 2020, George Coetzee claimed the Portugal Masters title at the tournament’s 14th edition, and the South African again lines up at Vilamoura attempting to create history by securing a record-breaking, consecutive victory.

Following his previous success at the same venue, Coetzee joined an illustrious list of past winners, including this year’s European Ryder Cup Captain, Ireland’s Pádraig Harrington, who triumphed at the 2016 event.

Englishman Tom Lewis is the only player to have won the event more than once, following wins in 2011 and 2018 when establishing the record.

However, consecutive victories have never been achieved, and George Coetzee could be the latest golfing star with the unique opportunity of creating more history at the Portugal Masters.

Steven Brown, Andy Sullivan, Lucas Bjerregaard and Alex Levy return to Vilamoura aiming to become two-time champions of the event, and Keith Pelley, Chief Executive of the European Tour, has confirmed the enviable status of the Portugal Masters: “We are delighted to confirm the rescheduled Portugal Masters. Dom Pedro Victoria Golf Course has been a popular venue with our players, and it has produced plenty of drama, so we are very pleased to be able to return for the 15th year in a row. We are grateful to the venue for accommodating us at a busy time of the year and to Turismo de Portugal for their long-term support of this tournament.”

Steven Brown similarly confirms why the Victoria course holds special appeal for the world’s top golfers, while revealing his game plan for victory. “All the players enjoy coming to the Algarve and playing the Portugal Masters. It is a very important week in my schedule, and I’ll be looking to win here again. I know I can do it; all I need to do is go out and play well. If you are able to hit shots with accuracy and putt well, it will put you in a good position on the leaderboard.”

Stefano Saviotti, Chairman of Dom Pedro Hotels & Golf Collection, has also conveyed his pride at the event being staged in Vilamoura: “The Portugal Masters is an incredibly important showcase of golf in the Algarve and we are delighted to again welcome some of the world’s finest golfers to the Dom Pedro Victoria Course.

After a difficult period, the European Tour’s return to our facilities enables us to demonstrate why Vilamoura and Dom Pedro Hotels & Golf Collection has a reputation as one of Europe’s most sought after golf destinations. We look forward to hosting such a prestigious event and crowning the 2021 champion.”

The 2015 tournament winner, Andy Sullivan, courtesy of his record-breaking nine-shot victory, has continued to excel in the Algarve with three Top-10 finishes in his last four appearances on the Victoria course. This year, he aims to improve on his overall position in the Race to Dubai standings and qualify for the DP World Tour Championships in Dubai, and has recently underlined his affection for Portugal’s premier golfing event: “The last 18 months or so have been difficult for everyone, so I’m pleased to be going back to a place and course that I love. The Algarve is genuinely an area that I love as the weather is always perfect and, with such great courses, it is a no-brainer for any golf lovers.”

Intriguingly, the 15th edition of the Portugal Masters is this year expected to provide an even tougher test for players. This follows an extensive upgrade, in 2019, of the Dom Pedro Victoria course, as part of a wider €4.5 million development strategy across the group’s five championship Vilamoura courses, as Rui Grave, Head Greenkeeper at Dom Pedro Hotels & Golf Collection, explains: “We are hoping to provide players with the perfect challenge at this year’s tournament. Although there is a plan to make scoring slightly more difficult, there will also be plenty of opportunities for players to make birdies and shoot low scores if they are able to position their balls in the right positions throughout their rounds.”

With the tournament now about to commence, it is difficult to overstate the sense of pride and excitement in Portugal, and not only for the golf industry. Luís Araújo, President of Turismo de Portugal, sums up the nation’s feelings on learning of the event’s return: “The Portugal Masters is of great importance for the tourism sector in Portugal, providing great media exposure of the whole country. It confirms that Portugal continues to be an excellent destination for all golfers, and an international presence in terms of major sporting events. This is a very prestigious competition, and it will be an important moment to showcase the international prestige of our country.”

With the stage now set for another wonderful sporting occasion in Portugal, the home challenge, led by Ricardo Melo Gouveia, also presents the exciting prospect of the first Portuguese champion. The final result will not be known until the Sunday afternoon when the curtain comes down on the 15th edition. What is guaranteed, however, is that the Dom Pedro Hotels & Golf Collection will succeed in presenting another fabulous event, with the splendour of the Algarve providing a stunning backdrop to one of Europe’s top golfing spectacles.

Tickets
Tickets for the Portugal Masters can be purchased online at www.europeantour.com. They are priced at €20 per day for adults, €17 for those participating in subsidised programmes and €8 for children aged 12 to 17, with free entry for anyone under 12.