Exhibitors at the 6th Moving to Portugal event held on October 31 in London were unanimous in their opinion that it was another resounding success. Organised by the Portuguese Chamber of Commerce in London, the event was held at the Pestana Chelsea Bridge Hotel and this time attracted over 700 pre-registered guests.

As official media partners and as part of the Open Media Group, the Algarve Resident was there and spoke with numerous attendees and exhibitors.

The general consensus is that Brexit and political uncertainty in the UK are driving more and more people to look for a foothold in Europe, ideally ahead of Brexit, and Portugal is a popular choice of destination.

The event comprised a seminar session, repeated three times over the course of the day, with presentations covering property, tax, legal and currency exchange. In an adjoining exhibition room, various companies from Portugal had staff at hand to speak with attendees between the seminar session.

Whilst many of the people attending were looking at retiring to Portugal, attracted no doubt by the benefits of the NHR tax regime alongside lifestyle and security, there were large numbers of working-age visitors looking at relocating to Portugal as a career move.

Christina Hippisley, General Manager of the Portuguese Chamber of Commerce in the UK, said: “This most recent edition of the Chamber’s Moving to Portugal Show was probably our most successful one yet in terms of the numbers of people who attended, and the quality of our seminars. Our Chamber members who exhibited were also delighted by the amount of visitors we had. The demand from the British public for practical information about moving to work or live in Portugal is growing steadily as the implications of Brexit are becoming clearer.

“So, for 2019 the Chamber will hold more Moving to Portugal Shows and Seminars in London, Dublin and potentially Birmingham or Manchester, depending on demand.”

All visitors took away a goodie bag containing an Algarve Resident newspaper (October 25 edition), flown over specially for the event along with a copy of Essential Algarve magazine and a special “Moving to Portugal” supplement produced by the Algarve Resident. 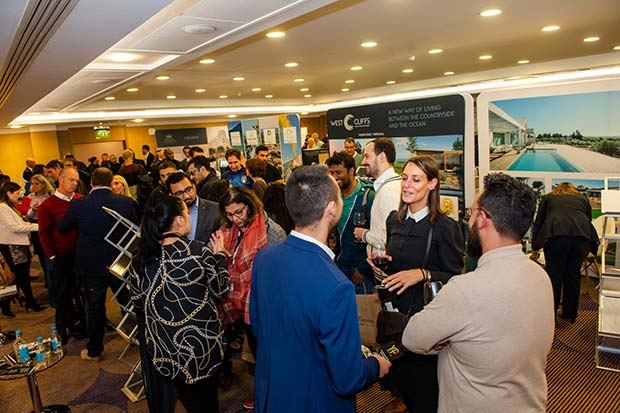