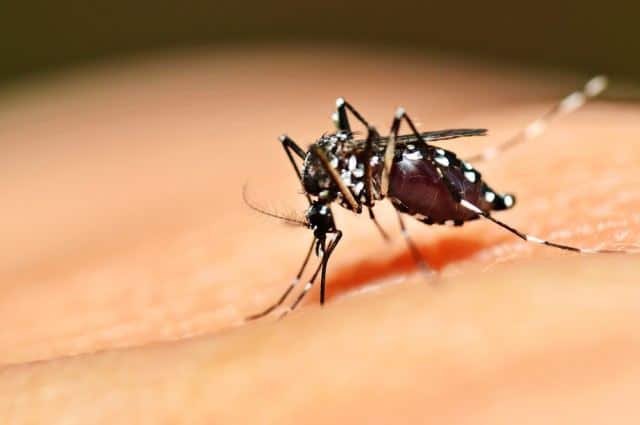 With the world on tenterhooks over the likely pandemic spread of the Zika virus, Portugal has confirmed that it is dealing with the likely existence of a sixth case of infection associated with babies born with ‘shrunken heads’.

All cases confirmed so far have been in people who have recently returned from South America – and none have been pregnant (the stage in which Zika is feared to have its most devastating consequences, infecting babies in the womb so that they are born with microencephalitis – more simply, serious brain defects within a smaller than usual skull).

The first five cases in Portugal were confirmed in people returning from Brazil and this latest case, if confirmed, has been identified in a traveller entering Portugal from Colombia.

But as health chief Francisco George has told RTP news, there is no cause for alarm in Portugal.

Zika cannot be spread from person-to-person, he said (see STOP PRESS) and so far there have been no cases of mosquitoes carrying the virus found in Portugal.

Nonetheless, the virus has become headline news across the globe as fears are that up to four million people could be affected with Zika in the Americas this year.

A Zika emergency team is due to meet on Monday, and decide whether the WHO (World Health Organisation) should treat the virus as a global emergency.

Meantime, news reports put out by the BBC and Sky News suggest the Aedes mosquito that carries that virus has now passed it on to its more common cousins “dramatically increasing the risk of it spreading worldwide”.

STOP PRESS: Despite the assurances given by Francisco George earlier today, this evening on Sky News, Professor Jeremy Farrar of the Welcome Trust told Adam Boulton that there have been “at least two cases where it has been proven that Zika was passed through sexual contact”. The news is so explosive, he suggested, that the WHO is almost certain to declare a state of global emergency on Monday.