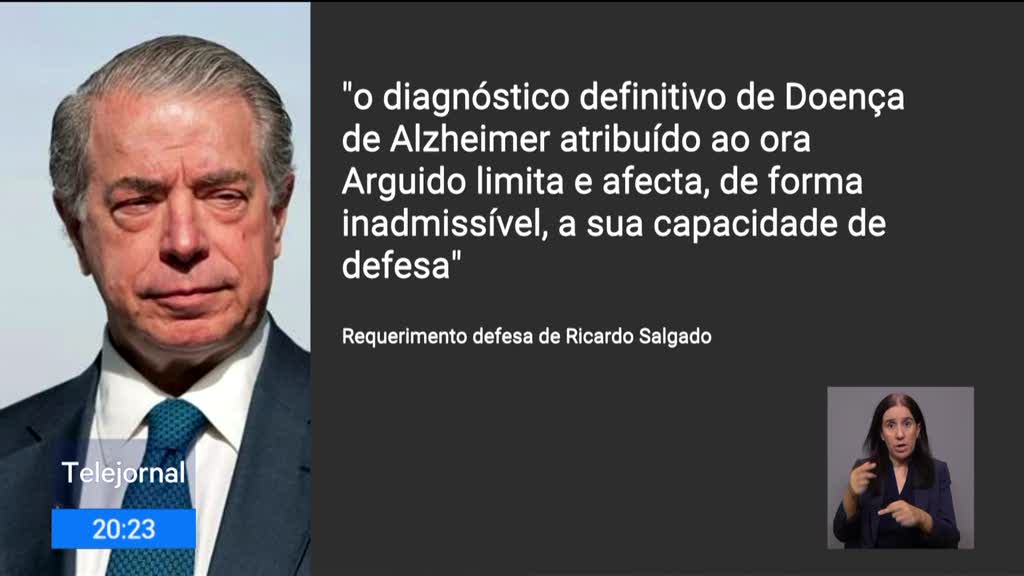 As expected, the defence team representing former banking boss Ricardo Salgado has appealed against his six-year jail term, saying it will hasten, possibly even cause, his demise.

77-year-old Mr Salgado, still facing the BES corruption case in which he is charged with no less than 65 crimes, is suffering from Alzheimer’s and in no condition, say his lawyers, to weather incarceration.

Irrespective of having Alzheimer’s, it could be argued that at the age of 77 many things (even a simple slip in the shower) could hasten, even cause, a person’s demise – but the defence is clearly ‘milking the Alzheimer’s card’, suggesting it “turns an absolutely essential issue into a non issue”.

Indeed, lawyers Francisco Proença de Carvalho and Adriano Squilacce suggest it is “shocking” that Mr Salgado’s deteriorating mental condition has not been fully taken into account.

Hopes are that this appeal will be successful, and that Mr Salgado will be given a shorter sentence which can then be suspended.

“The purpose of justice is not to trample and destroy human dignity”, argue the lawyers.

The sentence, as part of the wider Marquês corruption investigation that centres on former Socialist prime minister José Sócrates, came after controversial judge Ivo Rosa ‘dropped’ almost the entire case against Mr Salgado, reducing 21 crimes with which he was charged to just the three, for abuse of confidence, for which he has since been found guilty.

Since this story went up online, the Public Ministry has also lodged an appeal – but in the opposite direction. It believes Mr Salgado should go to jail for longer. It is calling for 10 years, suggesting no less than six years eight months should be served.

Suggesting Mr Salgado’s crimes were motivated by “pure greed”, prosecutor Vítor Pinto referred to “elevated illegality of the conducts in question, given the extremely high amounts the defendant appropriated: amounts that ranged between €2.7 million and €4 million in each of the three crimes; amounts each one of them that 95% of the Portuguese population could not be able to earn during a lifetime of work…”