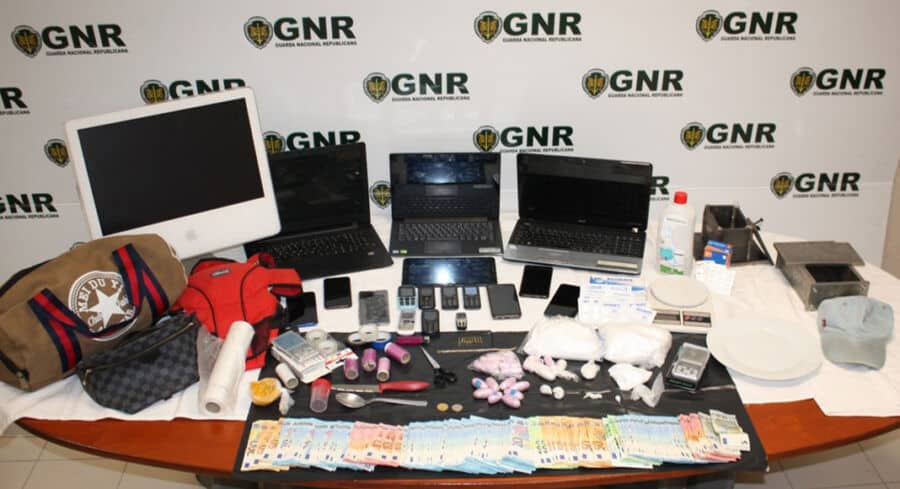 The investigation had been underway for six months, the police force announced.

Several house searches were carried out in the Algarve and Sintra which led to the seizing of 1,330 doses of cocaine, drug dealing paraphernalia, 12 mobile phones, four laptops, a tablet, a gold bracelet and €7,726 in cash.