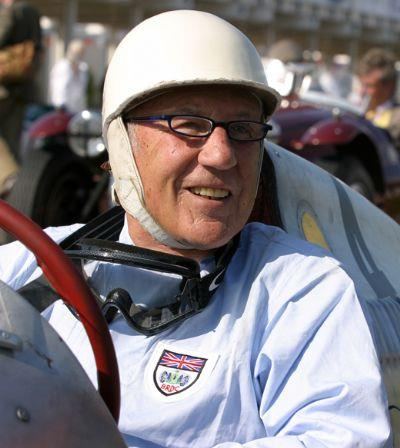 Sir Stirling Moss, arguably one of Britain’s greatest motor racing drivers, will be visiting the Algarve later this year for the Algarve Historic Festival.

To celebrate the legendary driver’s 80th birthday, there will be a race in his honour during the three-day event in October celebrating classic cars at Portimão’s Algarve Motor Park.

“I am very much looking forward to it,” he told the Algarve Resident.

“I haven’t seen the new track yet but I have heard from friends how good it is. However, I don’t think the new track should be used for Formula One in Portugal; they should keep the track just for competitive racing.”

Sir Stirling has recently visited Porto to compete in a race at the Circuito da Boavista but has never visited the Algarve before.

“I am really looking forward to going back to Portugal. The people were so lovely and friendly when we visited Porto, but unfortunately we won’t have a lot of time to explore

He drove 80 different types of cars and drove for Mercedes-Benz, Maserati, Vanwall, Rob Walker, Cooper and Lotus, entering more Grand Prix races than any other driver to this day.

“I don’t think you can call Formula One a sport anymore,” he said. “It is very much business orientated now. It’s not about the sport – it’s all about the money. The drivers’ quality of life is also not as good as it used to be in my day.”

Sir Stirling will be competing in the Sir Stirling Moss Trophy Cup, which will see genuine post-War sports cars of the 1950s in competition. He will be racing in his favourite car, the 1956 OSCA FS 372.

“I am very flattered that the race is named after me. I hope my fellow competitors will chase me round the track!” Sir Stirling said. “I’ll also be looking forward to seeing all the other classic cars as they are from my time.”

Sir Stirling’s career saw many highs; particular highlights for him include the 1955 Mille Miglia, an open-road endurance test in Italy, and competing at Monaco, his favourite Formula One course.

“Monaco was a lot more interesting than the other tracks. It was always very glamorous; it was where I met Grace Kelly,” Sir Stirling said.

Throughout his career, he met many other famous people, including Frank Sinatra, Natalie Wood and Steve McQueen, who became a good friend of Sir Stirling and his wife Lady Susie.

The Algarve Historic Festival takes place on October 16 to 18 at the Algarve Motor Park and the Sir Stirling Moss Trophy Cup will commence at 5pm on Saturday, October 17.