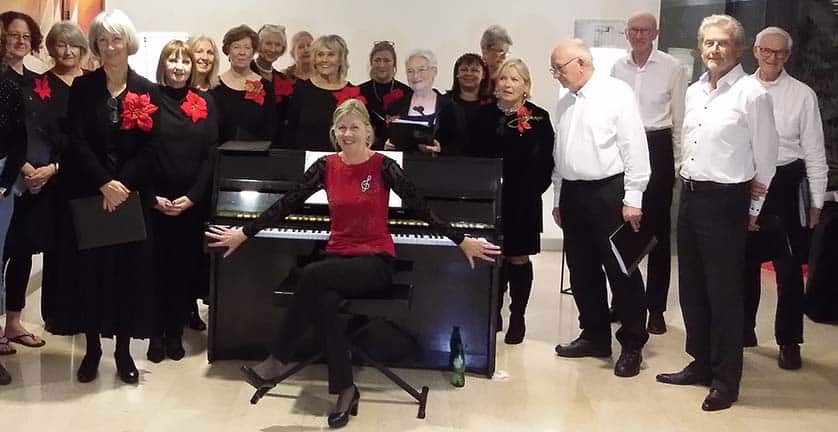 The first Christmas concert was on December 9 at the Hotel Dom José in Quarteira to raise funds for the AHDPA (Parkinson’s and Alzheimer’s Association) and the second concert was for the ASCA Home (Almancil Social and Cultural Association).

The music programme was a mixed repertoire of Christmas songs in various languages and enjoyed by all, especially when the audience joined in on “White Christmas”.

The São Lourenço Singers was formed in 2013, originally from the São Lourenço Cultural Centre, and consists of around 25 singers from various European countries who support their community by taking part in various events and performing concerts for local charities.

Joyce Whitelaw, Music Director and professional singer and pianist, is committed to spreading the enjoyment of choral singing and participation in the Algarve communities.
“We look forward to the New Year and making new musical memories in 2023,” she said.