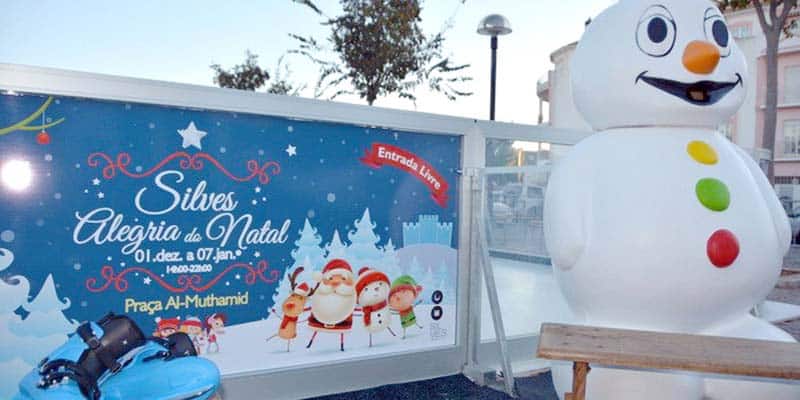 A large ice rink and Christmas tree, Santa’s grotto and life-size snowmen and reindeers are among the main attractions in Silves this season.

Santa Claus will be arriving at the square on December 23 at 11am as well as the Three Wise Men on January 5 at 10am.

An “igloo tent” will also be set up with special entertainment every Saturday in December.

The event will be open between 2pm and 8pm, except from December 10 to 14 when it will open at 9am. Admission is free.

The Christmas village will be closed on Christmas Eve, Christmas Day and New Year’s Day.