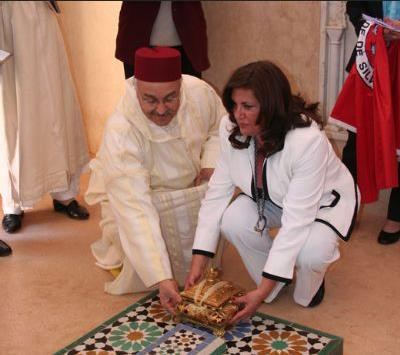 Silves mayor Isabel Soares made a diplomatic visit to Morocco this month to strengthen the city’s ties with Marrakech.

During the visit, she took part in a symbolic ceremony, where she placed a box of soil taken from Silves castle and the river Arade to the tomb of the king and poet Al-Moutamid Ibn Abbad, who ruled Silves in the 11th century.

She told the Algarve Resident: “This ceremony was the most beautiful and touching of the entire visit to Marrakech.”

The two councils signed a protocol in 2002 aimed at cementing diplomatic relations between Marrakech and Silves.

During this month’s visit to Morocco from April 3 to 5, Silves showed off the Algarve’s arts and crafts, traditional music, food and culture.