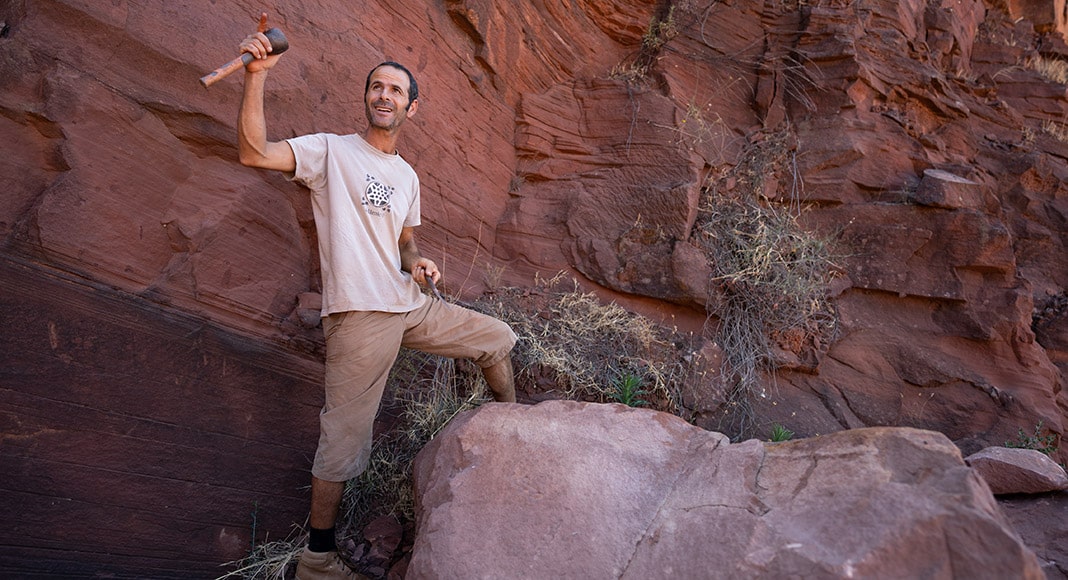 Silves sandstone is a distinct and unique stone that can be found in several constructions in and around the town, including its imposing castle.

It is extracted from a quarry in Vale Fuzeiros by a local family who has owned it for at least 100 years.

Bruno Matos, one of the quarry’s heirs, spoke to Barlavento newspaper to provide more insight into the history of the town’s famous sandstone.

It all started with his great-grandfather José Joaquim, who tried extracting the stone from several areas unsuccessfully until purchasing the quarry in Vale Fuzeiros.

Over time, his family became responsible for providing sandstone for most of Silves’ constructions. His family even became known in Silves by the nickname ‘derrubas’, used to describe someone who uses brute force.

As he explained, “everything you see in Silves that was built in the last 100 years” likely was built with the unique red-coloured sandstone. This includes the brickwork of several houses, the recent renovations carried out at the local church and Islamic walls, the castle’s grand staircase which his father worked on for six months and even the local court rooms.

The sandstone was also used by the local cork industry which needed a special utensil to sharpen their cutting tools.

“They realised that this stone sharpens very well,” said Matos, who as a child would help his father extract the stone at the quarry.

While around a century has passed, the rock extraction process has remained the same over time, given the delicate nature of the sandstone.

“If I were to use a machine here, the hydraulic force would ruin and break the rock,” he said. Only human force and a limited array of tools are used.

The quarry has two different areas, one of them with a “very hard, very good” rock which can be used for stonemasonry, while the other has a “softer” rock which is better for “decorative” uses.

The stone does not “like” fire or heat, but works very well with water, Matos explained. It retains liquids well and is “slip-resistant”.

According to Matos, this is why demand for Silves’ sandstone is growing. And there is still a lot left to extract.

“We could go another two or three metres deep, but our family’s policy was always to save the rock as much as we can for the coming generation,” said Matos, explaining that the family only extracts as much as is needed for the orders they have received.

While he preferred not to reveal the market price of the stone, Matos said that the company is profitable enough to be his full-time job.

“I wouldn’t trade this for a well-paid job in an office,” he said, explaining that sentimental reasons led to his career choice.

“Before he died, my father told us that this was what paid for our food for many years. And he asked us to continue working with the stone, as we always have.”

Sandstone route
According to Bruno Matos, keeping the quarry alive and active is a source of pride for the family – especially because it will become part of the future Algarvensis Geopark.

“I would like to see Silves sandstone recognised as municipal heritage. I know we are talking about a private business, and it is hard to get this message across, but the truth is that this also belongs to the people of Silves and Messines. I say this from the bottom of my heart. I hope in future there will be a Sandstone Route,” said Matos, who added that the project is already being developed by the local council.

“I would like to welcome people here, so they could see my work and the quarry, and see how this stone is used in historic and contemporary constructions,” he added. 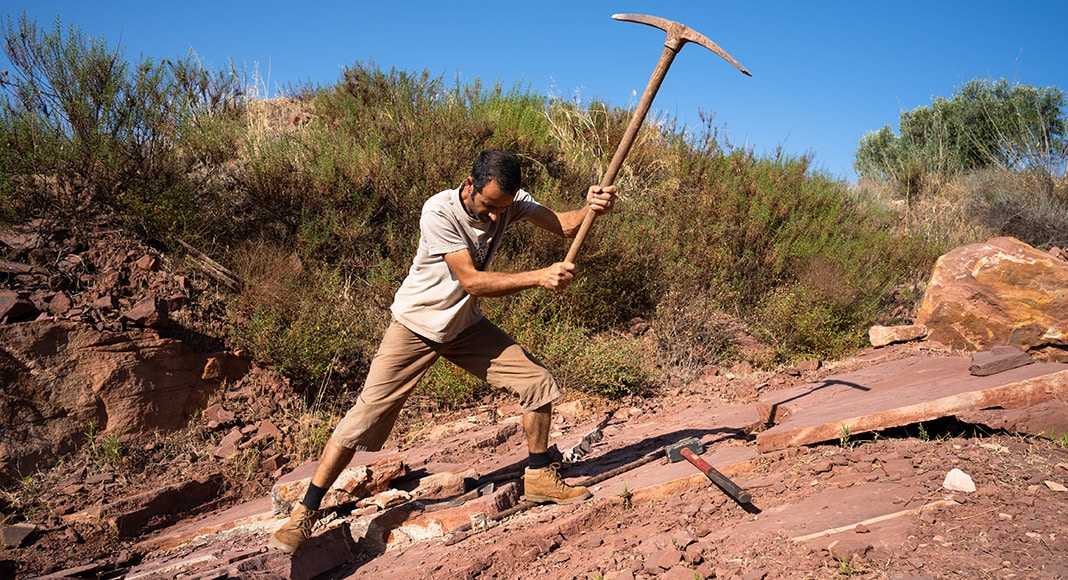 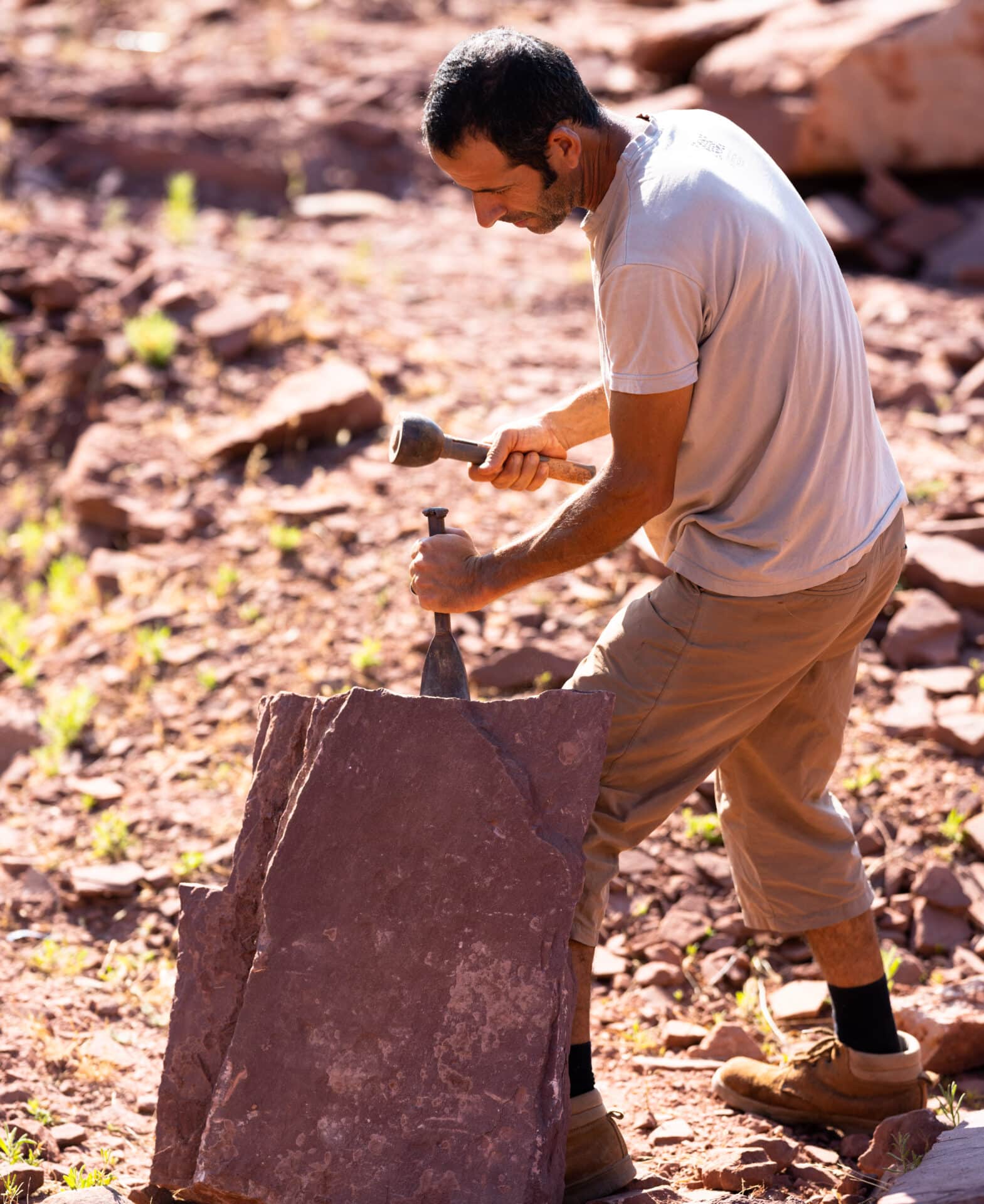 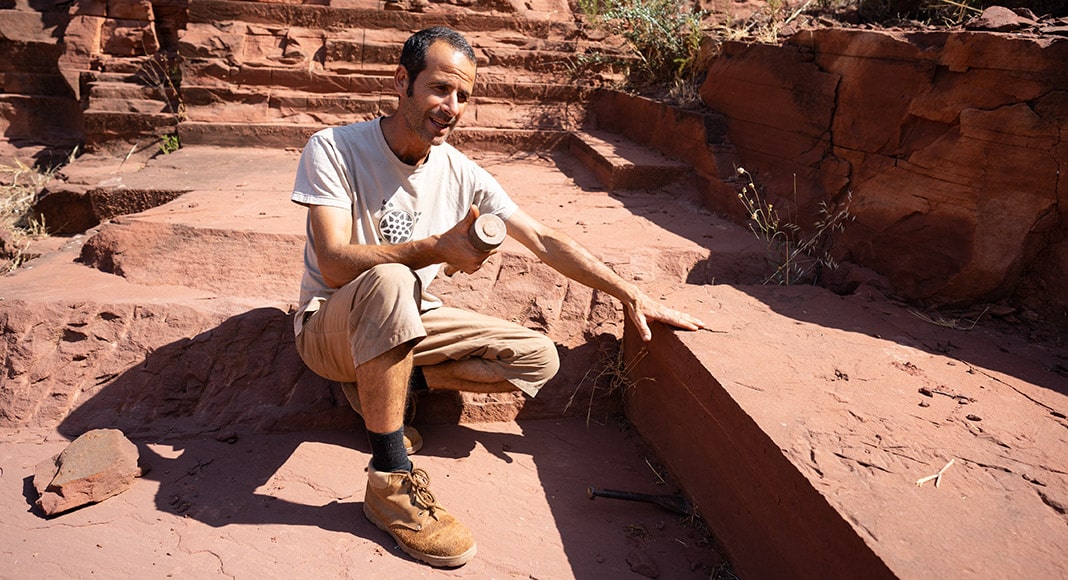 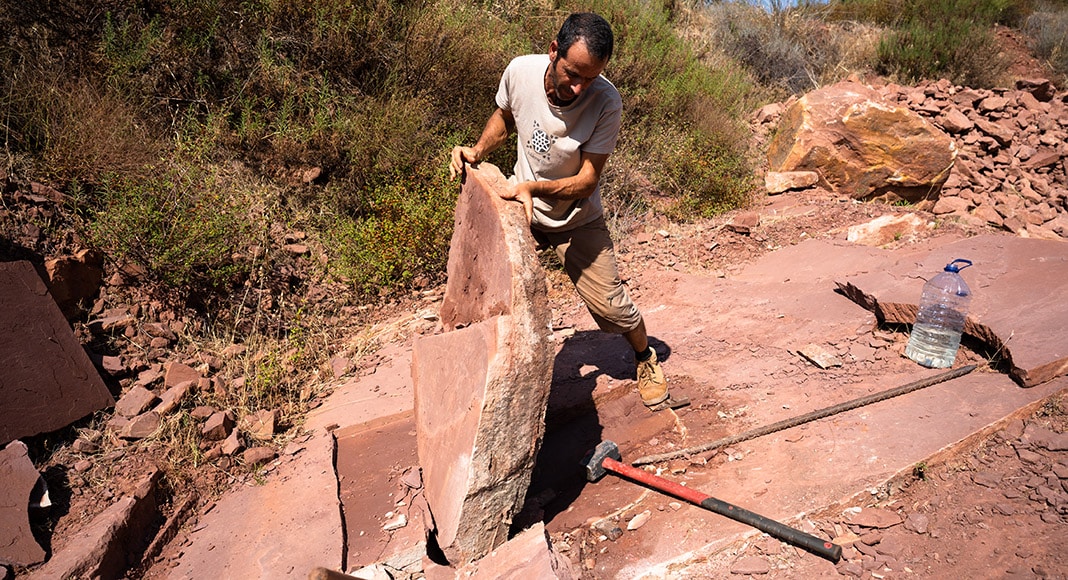