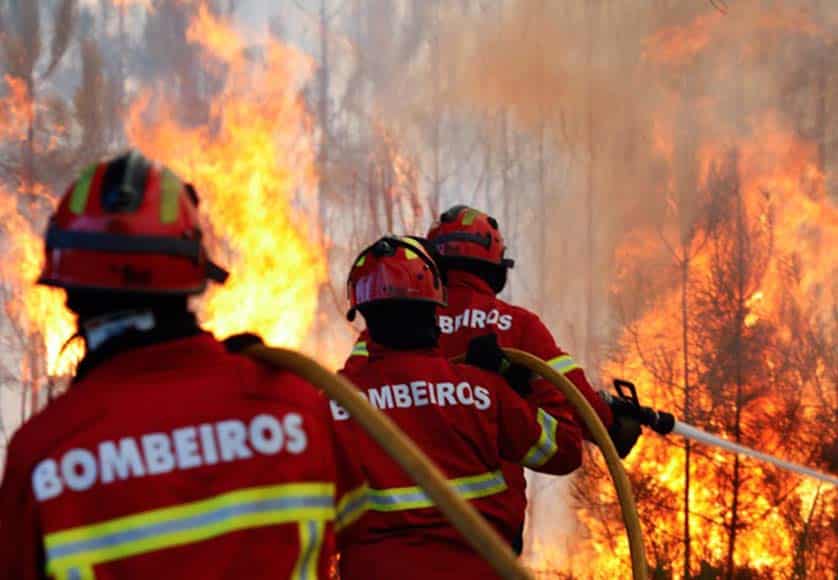 UPDATE: Richard Marques, operational district commander of Faro’s Civil Protection, said in a press conference this morning that around 600 firefighters will remain deployed to São Marcos da Serra to ensure any reignitions are promptly dealt with.

Reignitions are a very real possibility, he warned, as the weather will remain similar to yesterday with high temperatures and winds possibly reaching 40km/per hour.

There are three fire fronts that firefighters will focus on: near the A2 motorway, Carrapateira and an area described as the “tail of the fire”.

Eighty-two people had to be evacuated from their homes, but most have already been able to return this morning.

The fire that broke out yesterday in São Marcos da Serra (Silves) is in a “resolution” stage, according to the latest update from Portugal’s civil protection website.

This is the stage when the fire is no longer considered to be a threat outside of the perimeter it has already affected.

However, around 600 firefighters remain mobilised, aided by over 200 vehicles and nine firefighting aircraft.

The A2 motorway which had been closed due to the flames has since reopened.

A press conference providing an update on the situation is scheduled for 11am.