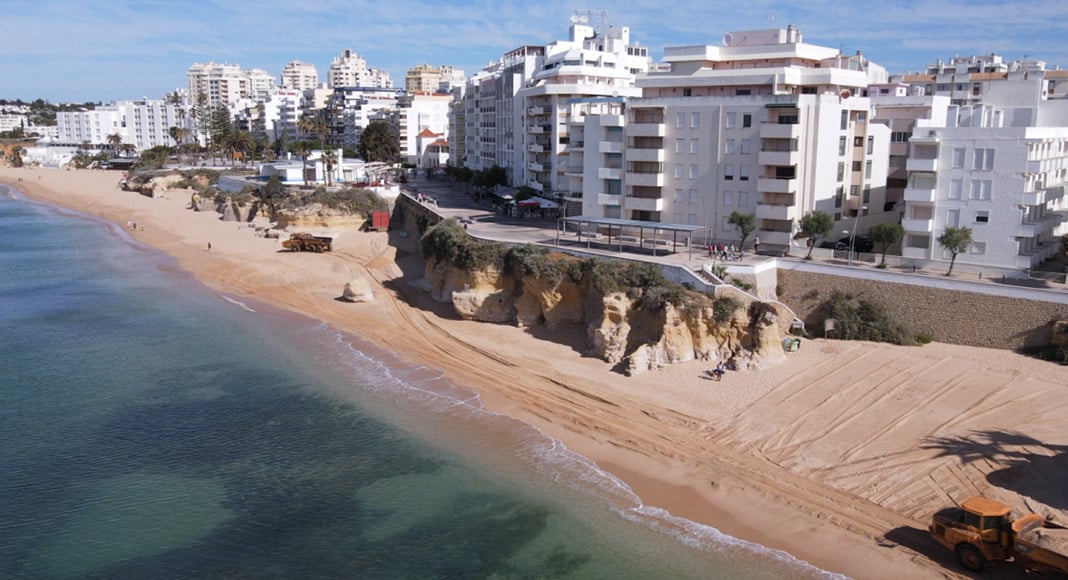 In a bid to ensure its local beaches are in tip-top shape for the upcoming summer season, Silves Council has re-levelled the sand at Praia de Armação de Pêra and Praia Grande.

Explains the council, excess sand which was unevenly distributed throughout the beach was removed and used to replenish areas in need, such as the beaches’ concession areas.

The works also involved improving the pedestrian and road accesses to Praia Grande as well as Barranco do Vale do Olival, the council said in a communiqué to the press.

Improvements were also carried out to make life easier for local fishermen by allowing them access to the sea more easily and allowing fishing and recreational boats to depart and dock safely.

The council adds: “During the bathing season, Silves Council also carries out frequent manual and mechanical beach cleanups, hiring companies to do so. The daily cleanups include the beach, cliffs, dunes, car parks, access routes and waste collection.”

It says that these initiatives are part of a larger project entitled ‘Lixo 0 Ambiente 100’ (Rubbish 0 Environment 100) which covers the entirety of Silves municipality and plays an “extremely relevant role” during the bathing season, helping bring “thousands of visitors and tourists” to Silves.