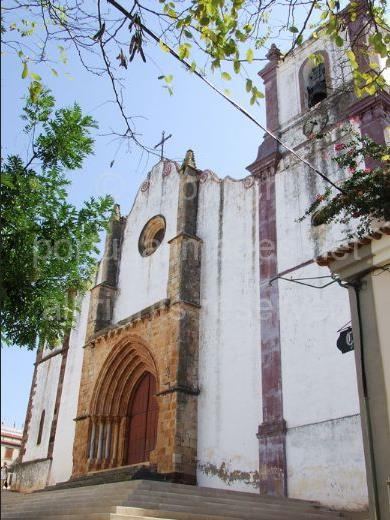 Following years of requests for funding, petitions and protests by local residents and Silves Câmara, restoration work at the city’s cathedral is finally to be started with funding from a group of private and public investors.

The Aga Khan Foundation, which promotes education, health and cultural development around the world, and Portuguese businessman Vasco Pereira Coutinho, who owns Quinta de Mata Mouros in Silves, are two of the investors who will contribute to the estimated 360,000 euros that the urgent renovation works on the monument are expected to cost.

A spokesman from Silves Câmara told the Algarve Resident: “The renovation is also being funded by a number of other public and private investors including Caixa Geral de Depósitos, Banco Espírito Santo, the church congregation, the regional tourism board and Silves Câmara.”

Silves cathedral’s roof is at risk of imminent collapse according to a report carried out by the Ministry of Culture (see the Algarve Resident editions of July 13 and July 19, 2007). In 2007, the Instituto Português do Património Arquitectónico (IPPAR), the Portuguese Cultural and Architectural Institute, told Silves Câmara that government funding was not available for the work, which led to the Câmara having to find the funding itself.

“Silves Mayor Isabel Soares has been contacting many people and entities to ask for support in this project, for several years,” said the spokesman. “The Aga Khan Foundation was contacted and their help was also requested by the President of Portugal, Cavaco Silva and his wife Maria, who are both aware of the importance to refurbish the cathedral.”

This approach led to two visits to Silves by representatives from the Aga Khan Foundation in Portugal and Europe, as well as Isabel Soares visiting the foundation’s headquarters in Lisbon.

According to the Câmara, the restoration works are expected to start at any moment on the cathedral.

On July 23, Portugal’s secretary of state for culture Paula Fernandes dos Santos witnessed the signing of the consignment for the contract to carry out the work. “The Cathedral has already been closed and the furniture is being removed for work to start,” said the spokesman.

“It would be great if the work started before the Silves Medieval Fair, which is due to start on August 8. If this is the case, measures will be taken to ensure that the least amount of inconvenience is caused to visitors to the city on those days.”