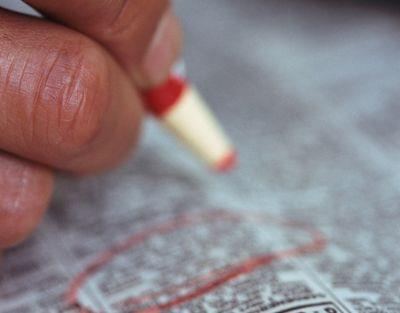 The Portuguese economy will gradually begin to recover during the second half of the year, according to economists who claim the worst may be over.

Despite continuing in the red, the pace of the economic slowdown will begin to slow and then reverse for the rest of 2009.

Even so, they warn, unemployment will reach nine per cent according to preliminary statistics from the National Statistics Institute while the Economics Unit at Portugal’s third largest Portuguese bank, BPI, stated that unemployment would climb by 1.4 percentage points while Santander warned that total jobless figures would stand at between 9.3 and 9.5 per cent by the end of the year.

Rui Constantino, an economist at Santander Negócios, claimed that Portugal’s GDP would continue to fall at a rate of -0.4 per cent while BPI’s Paula Carvalho suggested a fall of -1.2 per cent and Rui Serra of Montepio Geral suggested a contraction of -0.3 per cent.

Although there are some signals from industry and business that the corner has been turned, economists warn that the recovery will be weak and contradictory in some areas, particularly reflecting in exports which remain a serious headache for Portugal having collapsed by -27.9 per cent by January this year and climbing back to -22.6 per cent by June this year.

While there are some signs that industrial output is improving after this year’s disastrous stoppages at the Autoeuropa car plant, the industrial production figures are still hovering close to zero growth.

Economists agree that the overall national economy will continue to register a contraction in the second half of 2009 but it won’t be as bad as it had been in the first three months of 2009 when it slumped by 1.6 per cent.

BPI economist Paula Carvalho admits that there “are positive signals in terms of external trade and the overall economic position abroad in other countries which will help the Portuguese economy climb out of this phase of extreme recession.”

However, she warned that it was necessary to show “extreme caution” since there was “enormous uncertainty” and “Portuguese exports were very dependent on Euro zone countries where things were “far from certain” and the worst in terms of unemployment could “still be to come”.