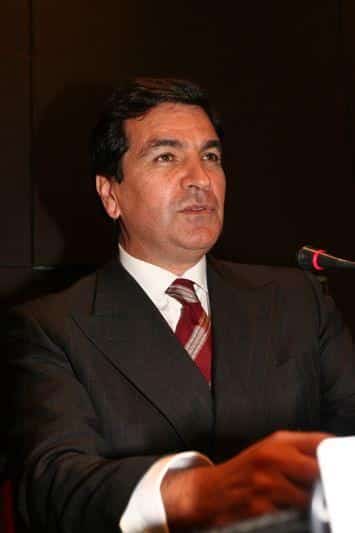 Siemens Portugal is resisting the recession by being innovative, creative, proactive and professional.

This was the optimistic message from its President in Portugal, Dr Carlos de Melo Ribeiro, who addressed the American Club in Lisbon recently.

Coining a popular United States expression, he said the company realised that it wouldn’t continue to grow during the economic downturn by “sitting on its butt” but instead said that the secret to overcoming the economic crisis was knowing “how to cut costs and take on a proactive stance in going out and looking for new opportunities in the market place”.

Dr Carlos de Melo Ribeiro, who has been with the company in Portugal since the 1980s, announced that the German multinational subsidiary would be taking on 200 new staff this year.

He also said that Siemens in Portugal had taken on, in 2008, almost the same amount of staff “despite the downturn” caused by the economic crisis that was affecting Portugal and the rest of the world.

“The secret of surviving the crisis and managing to create employment in Portugal is knowing how to be cost effective, how to be positive and active instead of sitting back and waiting for opportunities to fall into one’s lap and, linked to this, great professionalism,” he said.

Another of the company’s decisive measures was its forward planning through its 10-year targets which enabled the company to adapt and rationalise during downturns and develop and expand during upturns.