Portugal Resident
Home Covid-19 SIC outlines ‘political decisions that lie ahead’ over possibility of step back... 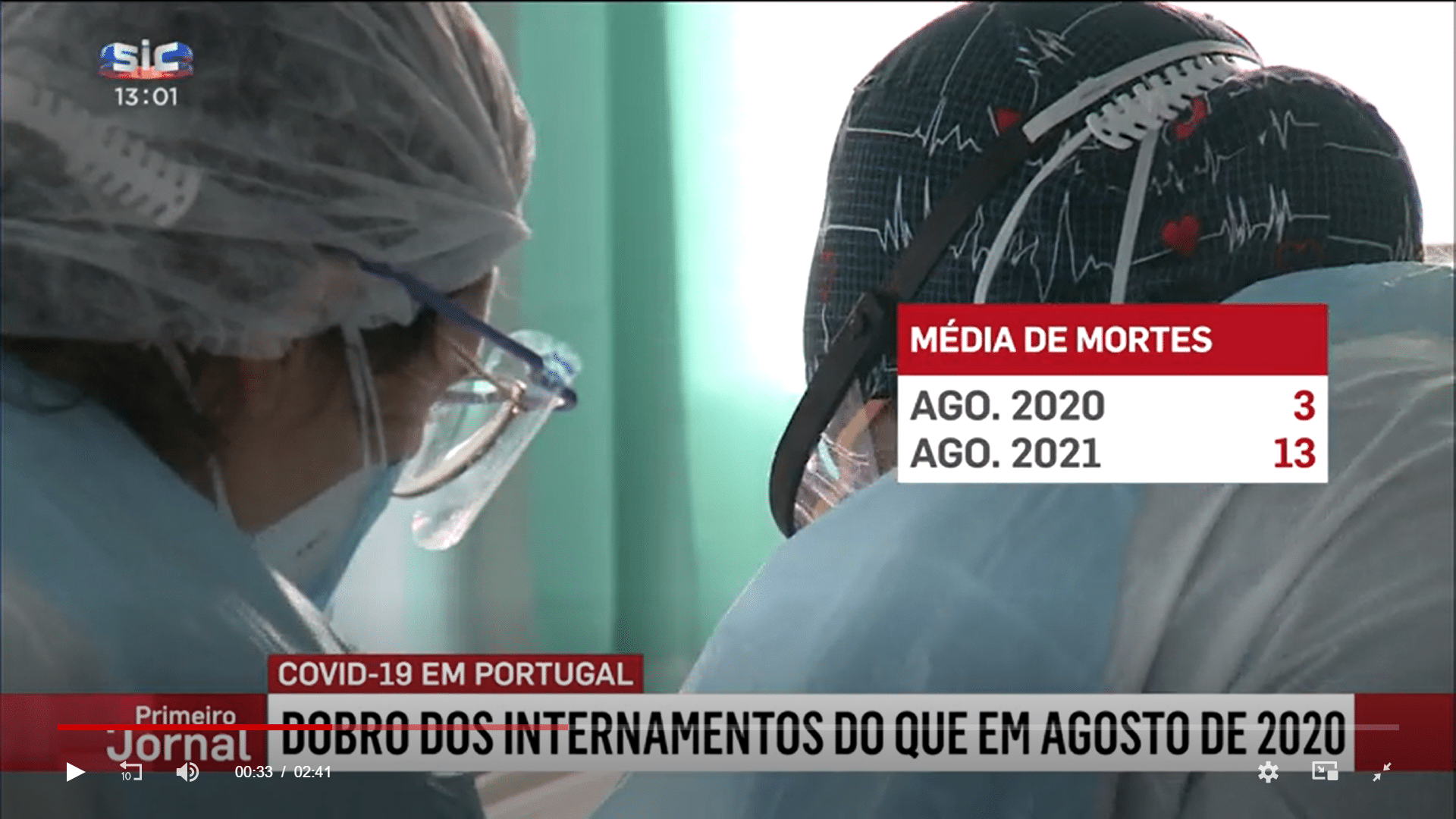 Following a pithy editorial in Correio da Manhã last week (click here), SIC television news has run with the news that Portugal may not be able to reopen as planned in October.

Public health specialist Tiago Correia trailed the possibility in a fairly dismal report on how the Delta variant has ‘changed everything’ (in much the same way as specialists elsewhere predicted it would a month ago click here).

August 2021 has seen Portugal register 10 times the number of Covid infections it had in August 2020, months before the vaccine programme began.

Experts have finally agreed vaccination ‘does not stop transmission’ when it comes to Delta – which is responsible for 100% of the cases on national territory, and re-infecting (particularly elderly) people even when they have received their full quota of jabs.

Tiago Correia suggests the country has arrived at a moment of paradox “that brings enormous problems when it comes to the question of policy.

“To put it simply, it is very difficult at this stage to find a point of balance between non-pharmacological measures and the return to normality”, he said.

More than 73% of the population is already fully vaccinated, but “if the principal weapon against the virus doesn’t seem capable of reducing incidence further, specialists believe the decision (over a return to normality/ relaxation of measures) has to be political”, explains SIC’s report.

Tiago Correia adds that ‘generally, 3,000 people die in Portugal every winter’ “and the country assumes this as normal and has never stopped because of this”.

In his opinion, the “question (over how Portugal moves forwards into the winter) is not scientific… it is ethical, political and cultural”.

Mr Correia believes there should now be “an exceptional strengthening of institutional communication so that the government can explain that we are one of the most advanced countries in the world in terms of vaccinations – this is excellent news – but if there are some setbacks and the country has to take a step back in deconfinement, (the government has to be able to explain) why this is happening”.

As SIC explains, the next step in Portugal’s slow process of deconfinement is due to take place in October, after the most recent step having been taken two weeks ahead of time (click here).

Today’s ‘news’ will most affect businesses that have been counting the days to be allowed to reopen, namely nightclubs/ discotheques.

For now (as this report is so new) there has been no reaction to SIC’s report. It is almost certain to come very soon.