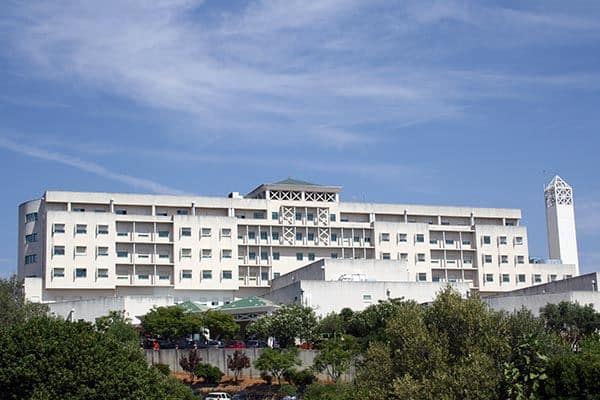 It promises to be a showdown. On Wednesday evening (January 22) at 9pm leading figures in the Algarve’s ongoing state hospital shake-up will debate face-to-face problems that have been hitting the headlines since the summer.
Are local health services adequately responding to people’s needs? What are the direct consequences of hospital reorganisation for the Barlavento (west Algarve) region? Can the private sector do anything to fill the gaps appearing in the state system?
Questions like these and many others will be up in a discussion which organisers promise “will be controversial”.
Key players round the table will include president of the new CHA health administration, Pedro Nunes, who has been strongly criticised by the majority of doctors in all the region’s hospitals and whose efforts to streamline services are constantly being denigrated by left-wing politicians.
Also present will be Luís Batalau who ran Barlavento state hospital before Nunes came onto the scene seven months ago.
Previewing on the debate, Correio da Manhã newspaper remarked that Batalau himself has been one of the “greatest critics of the current management” since Nunes took over.
The two hospital heavyweights will be sharing the stage at the small auditorium at TEMPO, Portimão’s municipal theatre, with João Moura Reis – president of the regional health administration – and Ulísses Brito, from the Ordem dos Médicos (Portuguese doctors’ association).
It is actually the third in a series of debates organised by Teia D’Impulsos in association with the local Socialist-led municipality and Rádio Costa D’Oiro.
Portimão’s Socialist mayoress Isilda Gomes has been a long-time adversary of Pedro Nunes’ policies. Last year she took out an injunction in a bid to stop the closure of certain services at Portimão hospital, and their transferral to Faro, and later she publicly “cut off communications” with Nunes after he launched into what she considered to be “an extraordinary attack” on all those concerned with the ongoing health service shake up.
As all predict, the debate promises to be explosive. It is open to all-comers. For more information, see www.teiadimpulsos.pt or email teiadimpulsos@gmail.com
Meantime, this week’s latest “hospital shock” published in Correio da Manhã – a newspaper that has a keen eye on Portimão state hospital – highlights the fact that a shortage of obstetricians has meant that births, particularly those requiring Caesarean sections, are often being transferred to Faro.
Dismissing suggestions that this signals the closure of Portimão’s maternity unit, Pedro Nunes said that for high-risk births both mothers and babies are better off in Faro.
Since then social media sites have been buzzing and two protests calling for Nunes’ resignation are being scheduled – the first for February 1 (in front of Portimão Hospital) and the second for February 2 (in front of Faro Hospital).