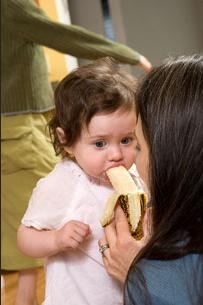 FOLLOWING AN undercover investigation into the failings of many childcare facilities, including those of a Mark Warner resort in Egypt, a company spokesman told The Resident that all of its nannies were fully certified at the time of Madeleine McCann’s disappearance from Mark Warner’s Ocean Club in Praia da Luz.

However, just a short time later another spokesman for the company said “as 89 out of the 93 nannies employed by Mark Warner have professional childcare qualifications, I am 99 per cent sure that all the staff at Ocean Club were fully qualified” at the time of Madeleine McCann’s disappearance.

Journalists for the BBC filmed their investigation and their findings were broadcast last week as part of the Whistleblowers series.

They delved into the inadequacies of nurseries and the staff employed in the UK and abroad.

One undercover journalist applied to work as a child carer at a Mark Warner resort in Egypt by giving fake references and CV. When she got the job, she was told she would receive training, which did not happen.

She was also asked to accompany children on a boat without enough safety equipment.

After the undercover investigation, a spokesperson for Mark Warner, which has apartments at the Ocean Club in Praia da Luz, said: “We take the safety and security of children in our care extremely seriously.”

The journalist was told by a member of staff that prior to her arrival in April, 2007, a girl under the age of five was found wandering around the complex within metres of the pool, while her parents were out and she was left alone.

It is believed the little girl had got out of the apartment by opening the veranda door and climbing over a small wall.

The documentary was quick to add that it was not suggesting that members of staff at Ocean Club had anything to do with her disappearance but highlighted that children were left unattended and one was found wandering around the complex by another guest.

A spokesman told The Resident that all childcare staff are required to produce references and have relevant childcare experience. Nearly all also have childcare qualifications and all must undergo a criminal record check.

The documentary raised concerns about the safety of children at Mark Warner resorts all over the world, including the Ocean Club in Praia da Luz.