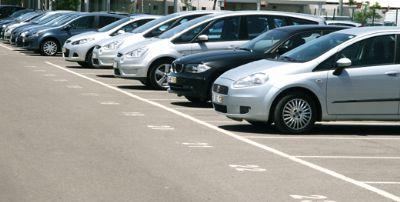 A shortage of hire cars in the Algarve is putting added peak-season pressure on a tourism industry already suffering badly as a result of the current worldwide economic crisis.

An Algarve Resident investigation has revealed an alarming situation, with some people who have pre-booked receiving emails just before they travel to say no cars are available and others, who decided to leave hiring a car until they arrive, being told there are none available.

Eleanor Long, a regular visitor to the Algarve, said she is horrified at the lack of available hire cars.

She said her son, who is staying in her villa in Guia with his young family, was unable to find a car to hire.

“It’s so ridiculous. You need to have a car to make the most of your holiday. My son and his family will not be able to get to the beach or go to restaurants,” she told the Algarve Resident.

“This will be very bad for tourism as people who experience this will be put off coming to the Algarve for their holiday next year.”

Many people planning a holiday in the Algarve will book their hotel and flights and then leave car hire until they arrive.

A spokesman for hire company Yor-Car.com said: “People are booking at the last minute and we just don’t have any vehicles available. I have had up to 400 calls a day from tourists wanting to hire a car.”

However, even people planning ahead have been affected by the current shortage.

Kyrenia Tew booked a hire car four weeks prior to her holiday in Monchique.

The day before she was due to arrive in the Algarve she received an email from the hire company, myalgarvecars, telling her that there were no cars available for the duration of her holiday, even though she had written confirmation.

“Now I am completely stuck,” she said. “I stay near Monchique, in the sticks and away from public transport. I have no nearby shops either; it’s a 25 minute walk away to a local store.”

The Algarve Resident contacted myalgarvecars but the company declined to comment.

The cause of the problem appears to be that car hire companies purchased fewer vehicles this year as they anticipated a quieter summer due to the economic crisis.

The financial situation also made it difficult to arrange loans for planned purchases.

Carvoeiro Car Hire said: “We have absolutely nothing available. The bigger companies don’t have the money from the banks to invest so there are fewer cars available for us to purchase.”

During May and June, demand for car hire was moderate but as the Algarve has entered the height of the season, the need for hire cars has risen dramatically.

A spokesperson from Locauto car hire said: “What has happened to us, and every other company in the business, is that we have all bought fewer vehicles this year because of the economic crisis. Companies are selling off used hire cars but are not buying as many new ones.”

It is estimated that the number of cars available for hire in the region has dropped by 18,000, a severe restriction on tourists who have planned their summer holiday.

Auto Jardim is also experiencing a busier summer than they had anticipated. A spokesperson said: “We are fully booked. We were expecting to have a quieter summer but we have had more bookings than expected.”

The shortage has also been blamed on the fact that the high season is now more concentrated.

Rui Moita from Amoita said: “Some years ago, the busy season started at the end of May and ran until the beginning of October. Once the flight companies started to do low cost fares for July and August, most of the car rental companies and other tourism related services followed.

“This is bad because we cannot match the surge during the peak five weeks while in the rest of the year the cars will just stand there.”

“Obtaining financing to maintain or expand the business has become a worry for rent-a-car businesses in the last few months. The sector is facing its greatest crisis ever. There is a lack of financing and the interest is too high, which stops investment in the renewal of fleets.”

Nuno Aires, vice president of the regional tourism board, told the Algarve Resident that he was aware of the situation and had been in contact with ARAC.

“Car hire companies expected a difficult year and a high drop in tourist numbers this summer but this hasn’t been the case, which is actually very good for the region’s tourism sector.

“All the low range cars are hired and only a few top of the range vehicles are available,” he said adding that this was a national problem, with no stock available anywhere in the country.

“We expect the situation to go back to normal after August.”

Taxi companies, however, are enjoying an increase in customers across the Algarve as tourists have to rely on taxis for transport during their holiday and travelling to and from Faro airport.

Faro Taxi said: “We have been very busy and we are fully booked for airport transfers throughout July and August.”