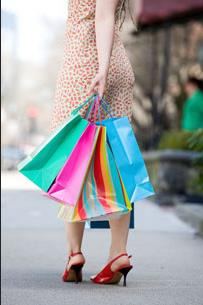 THE PLANNED construction of the Algarve’s largest shopping centre in Guia has once again come under fire as local shop owners oppose the project and have criticised Albufeira Câmara for jeopardising their businesses.

Câmara President Desidério Silva has criticised the opposition party for using this opportunity to oppose the project even though it was approved under their rule.

A câmara spokesman told The Resident: “They are responsible for approving the project.”

The Socialist Party (PS) was in power when Guia’s commerce, service and industry planning document was approved in 1998 and the new shopping centre was part of this.

PS party members have said they realise that the project is detrimental to the small shop owners in the area and presented a proposal to suspend the planning document but it has been rejected following a vote.

The PS party has said that the planned shopping centre would place great strain on the EN125 but the Social Democrats have said that this aspect of the project was not properly studied before it was approved by the PS (see Resident’s February 22 and 8 edition).

However, studies will be conducted and a solution for easing traffic at this point on the EN125 would be found, according to the câmara spokesman.

The project for the Gran Plaza shopping centre is being promoted by the Martifer Group and will cover a 43,000sqm area to the west of Makro and Leroy Merlin. The land was purchased for 30 million euros.

It will house around 80 businesses including shops, services and restaurants, as well as 2,000 parking spaces. The project will provide direct employment for 1,900 people.

Members of the ACROSAL, the association of business owners in Albufeira, said they will be present at the câmara “in force”on the day that the project is debated.

If the project comes out of the câmara with full approval and licensing, the shopping centre will then have to be approved by regional development commission CCDR before being ratified by the local parliament.