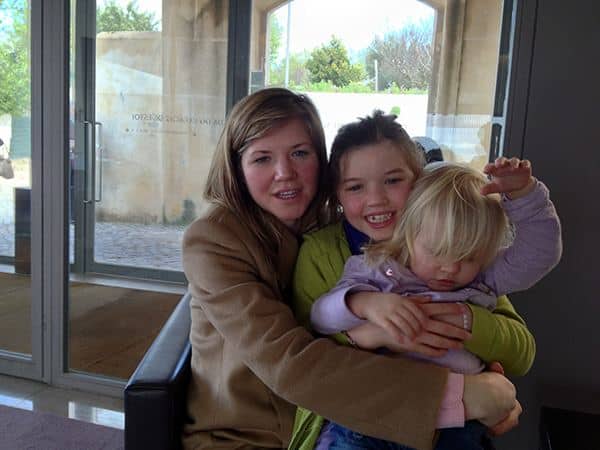 A leaked court report has revealed extraordinary behind-the-scenes manoeuvres by an Albufeira magistrate in the high-profile abduction of nine-year-old British Ellie (Giselle Silva) by her Portuguese father, Filipe Silva.
The report, shown to the Resident over the weekend, itemises no less than 25 tapped phone conversations that took place between the magistrate and Ellie’s paternal grandmother early last year as the net tightened around Silva following seven-months ‘on-the-run’ with his daughter.
The conversations show that the magistrate was firmly on the side of Ellie’s father.
In one, she tells Silva’s mother: “Everyone knows it isn’t kidnapping…”; in another she advises the woman “not to worry” and tells her it is very important for her son to say “that he doesn’t want to make a statement” when questioned by police.
The fact that the inquiry went on to find that there was no evidence of complicity between the female magistrate and Filipe Silva has “appalled” even those outside the child’s Irish family.
Ellie’s mother Candice Gannon said at the weekend that even Portuguese people who have read the document are astounded – both by the involvement of a criminal prosecutor as by the decision of the high court of Évora “not to see anything wrong with the involvement”.
“Like everybody else, I am very concerned about this decision which seems to ignore the very obvious moral and ethical issues regarding the highly unusual level of help and assistance offered to an Algarvian ‘arguido’ by an Algarvian criminal public prosecutor,” she told us.
“Everybody I have spoken to agrees it is exactly as we thought it was all along – a case of out-and-out corruption in which Ellie and I never stood a chance.
“I would be lying if I said that this document did not confirm what most people already knew about this case over the past 20 months – corrupt Portuguese officials supporting the local national, without any regard whatsoever for either the child or the child’s distraught mother (a foreigner!)”.
Candice, now married to Philip Gannon, and a long-time resident on the island of Madeira added: “Needless to say, we will be looking for our own answers to these questions in the European courts in what is sure to become a very high profile ECHR case against Portugal.”
As Candice spoke to us, Ellie remains confined to a hotel in Funchal with her father because Faro Civil Court refused to allow her to travel to Ireland with her family.
This side of the drama (reported in the Resident in November) came after Candice’s twin-pregnancy developed complications late last year. The 29-year-old has had to remain in Ireland awaiting the birth of her sons, due to be induced this week.
Meantime, Silva still awaits his trial over the kidnapping of Ellie in the summer of 2012. He has since filed for full custody of his daughter, and that application is due to be heard on March 24 in Faro.
By NATASHA DONN news@algarveresident.com
Photo: Candice Gannon with daughter Ellie Silva and younger daughter Olivia
Stop press:
As the latest controversy plays out, Ellie learnt that she is now big sister to two twin baby brothers, Henry and Charles, born “safe and well” after a lot of worry and concern in Ireland on Tuesday morning.
Meantime, “there hasn’t been a single day that Olivia (4 in July) has not asked where Ellie is. She misses her terribly. We all do,” step-father Philip Gannon told the Resident.