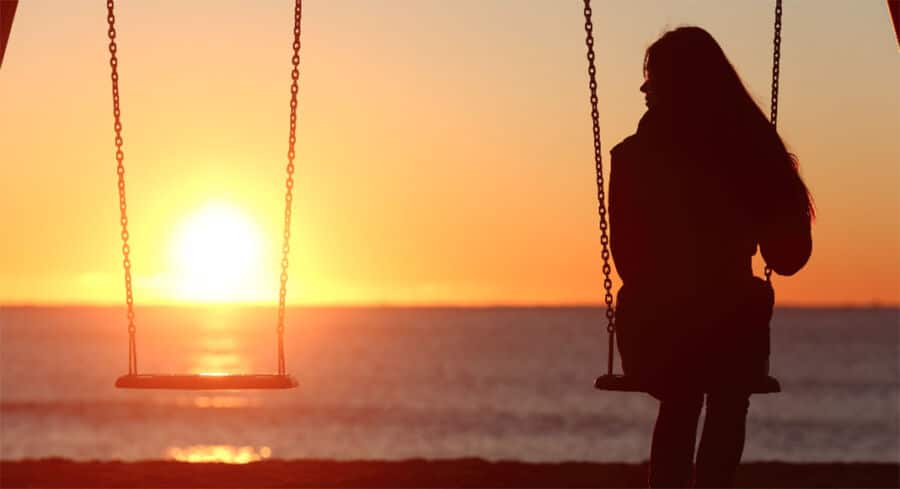 No one is ever truly prepared for the death of a loved one. And when we lose someone we love unexpectedly, the grief can be all the more difficult to face – especially if you’re in a foreign country when it happens.

This is exactly what happened to Deborah Clarke (known to most as Debs) when her husband Michael passed away unexpectedly at their holiday home in Portugal over a year ago.

The “terrible shock, loneliness and isolation” she felt after losing him is something she hopes no other foreigner will have to experience in Portugal.

“I don’t want anyone else to have to go through what I went through,” Debs told us this week, explaining that her experience prompted her to create the ‘Share & Care Portugal’ Facebook group.

The group aims to provide a support network for people who have experienced loss, are dealing with grief and might need advice, information or simply comforting words.

As Debs told us, she had been together with Michael for 32 years before they decided to get married two years ago. While on their honeymoon in Portugal, they fell in love with the country and eventually bought a holiday home here.

Tragedy struck shortly after while the two were out in the forest picking pinecones.

“My husband complained about a pain in his back. He had previously showed no other symptoms of any issue. We went back to the house, and he collapsed on the ground shortly after,” Debs told us, the raw emotion still evident in her voice. His death was confirmed shortly after.

“I was in terrible shock. I did not speak Portuguese, I was grieving and I felt isolated,” she said.

Suddenly, she was faced not only with the loss of her husband but with all of the stress and anxiety of the legal proceedings related to the death of a loved one.
“I know I would not have felt so alone had I had someone to talk to,” said Debs.

This is why she believes ‘Share & Care Portugal’ is a much-needed support group for foreigners in Portugal.

“We want to take away the stigmatisation of death,” explained Debs, who is assisted by a group of eight other skilled volunteers – including a psychiatrist and a clinical psychologist (both retired).

“We have a team of people who have gone through similar experiences which can be valuable to help others who are going through them,” added Debs, who in the UK was a politician and also developed charities and businesses.

One of many goals of Share & Care Portugal is to provide advice relating to funerals, police investigations and other matters related to the death of a loved one in Portugal.

The group also offers free talking therapies, self-help therapies and more advanced grief counseling if required, as well as an “e-mail grief buddy” for those who do not feel comfortable speaking on the phone.

Says Debs, the idea is to create a community where “everyone is welcome” and where members can help each other cope.

Members can “express themselves” by posting memorials and “their own thoughts” about their deceased loves ones.

“This is all part of the healing process,” said Debs.

The group also assists anyone who is terminally ill and also aims to “lobby the Portuguese government when required with regards to some necessary changes if a family feels they have not been treated right by authorities”.

Debs can be contacted by telephone (+351 926 865 115) or email (shareandcareportugal@gmail.com). She eventually plans to create a website.