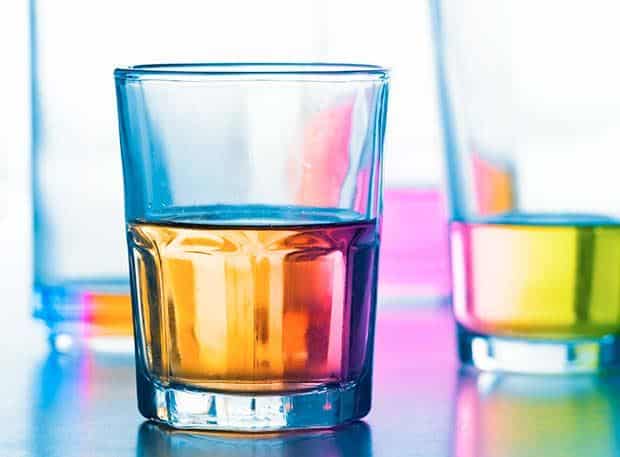 Do you remember? There was a song and a film. These three things are stereotypically connected, and one cannot be separated from the others as the general idea is that the lives of rock stars are made up of those three things: having sex, using drugs (often illegal ones) and performing rock and roll!

This time we will talk about drugs.

What is a drug?

A drug is any substance that, when absorbed into the body, causes temporary physiological and often psychological changes in the body.

Under drugs, medication or medicine are drugs taken to cure or ameliorate any symptoms of an illness or medical condition, or as preventive medicine to avoid future diseases.

Psychoactive drugs are chemical substances that affect the function of the central nervous system, altering perception, mood or consciousness.

The three most widely consumed psychoactive drugs worldwide are alcohol, nicotine and caffeine.

Alcohol is a depressant, although in small quantities it starts by acting as a stimulant. Nicotine and caffeine are pure stimulants. These three are also considered recreational drugs since they are used for pleasure rather than medicinal purposes.

Other recreational drugs include hallucinogens, opiates and amphetamines.

All drugs can have side effects. In medicine, a side effect, whether therapeutic or adverse, is an effect that is secondary to the one intended. The term is mostly employed to describe adverse effects, but it can also apply to beneficial, although unintended, consequences of the use of a drug.

In medicine, an adverse effect is an undesired harmful effect resulting from a medication or other intervention such as surgery.

Adverse effects are sometimes referred to as “iatrogenic” when they result from an unsuitable or incorrect dosage/administration or procedure.

Some drugs can cause addiction and excessive use of stimulants can promote stimulant psychosis. Many recreational drugs are illicit and there are international treaties for their control/prohibition.

Some religions, particularly ethnic, are based completely on the use of certain drugs, known as entheogens, which are mostly hallucinogens.

The commonly called “legal highs” are legal intoxicants that are used recreationally and are as dangerous socially as many other non-legal drugs.

The most widely used of these is alcohol. Discovery of late Stone Age jugs suggests that intentionally fermented drinks existed at least as early as the Neolithic period (10,000 BC).

Even if alcohol is a dangerous drug, drinking alcohol is socially accepted and even plays an important social role in most cultures.

The truth about what alcohol does to the body

When someone starts out drinking, he or she feels relaxed, confident, happy, sociable … The pleasurable effects of alcohol are undeniable. It makes it easy to forget about the negative effects: slowed reflexes, reduced coordination, warped thinking, poor judgement, impaired memory, impaired motor functions, and plenty more impairments.

In fact, alcohol can cause several types of cancer.

Virtually every part of the body is affected negatively from excessive drinking.

Alcohol is not friendly to the body. The mind may find its effects fun, but the body does not. Hangovers are still not completely understood by science, but there is an undeniable consensus – it is not a good thing and very often it is a threat even to life itself. Blackouts are extremely common and bouts of amnesia as well.

Alcohol poisoning is rampant, and more than 10 types of cancer can be caused by excessive drinking.

Alcohol is a legal and socially accepted, very dangerous drug. It affects the body right from the first sip.

But it is not seen like this … it is even considered “must-behaviour” socially. When someone does not drink alcohol at a party, it is generally considered “strange”.

Most things in life must be sensibly used and looked at objectively and rationally. Drugs considered broadly are a very relevant but difficult subject.

Sorry, I ran out of words and space, and I just realised that I will have to leave another socially accepted drug – tobacco – for the next article.

But a word of advice: cigarette smokers will not be happy.

Petition calls for construction of footbridge to Tavira’s Cabanas Island