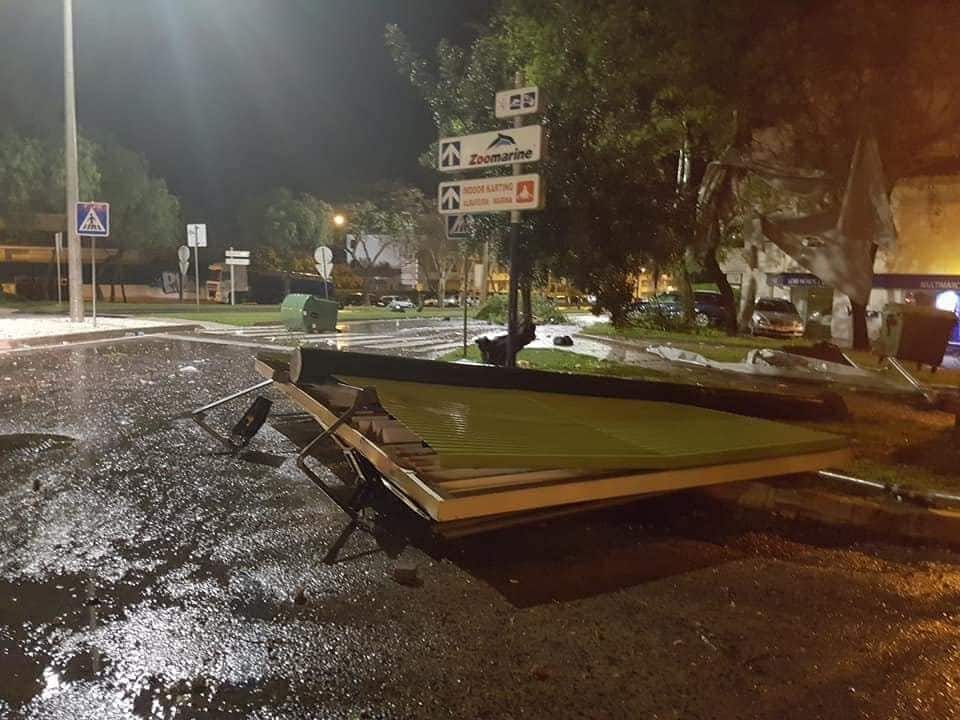 Heavy rain, wind and what was described by those who experienced it as a “small tornado” wreaked havoc in Albufeira last night, causing damage to at least 12 vehicles.

No one was hurt but several trees were toppled and billboards and other structures were ripped from their supports, causing the damage to cars and property.

Firefighters have already removed the fallen trees and debris from the roads while municipal authorities will carry out further clearance work.

Other minor incidents were registered by CDOS Faro across the region, including flooding and fallen trees.

This is at least the third severe weather phenomenon to have affected the Algarve in the last couple of months. In March, Faro was hit by two tornados that devastated parts of the town and left a gypsy community temporarily homeless.