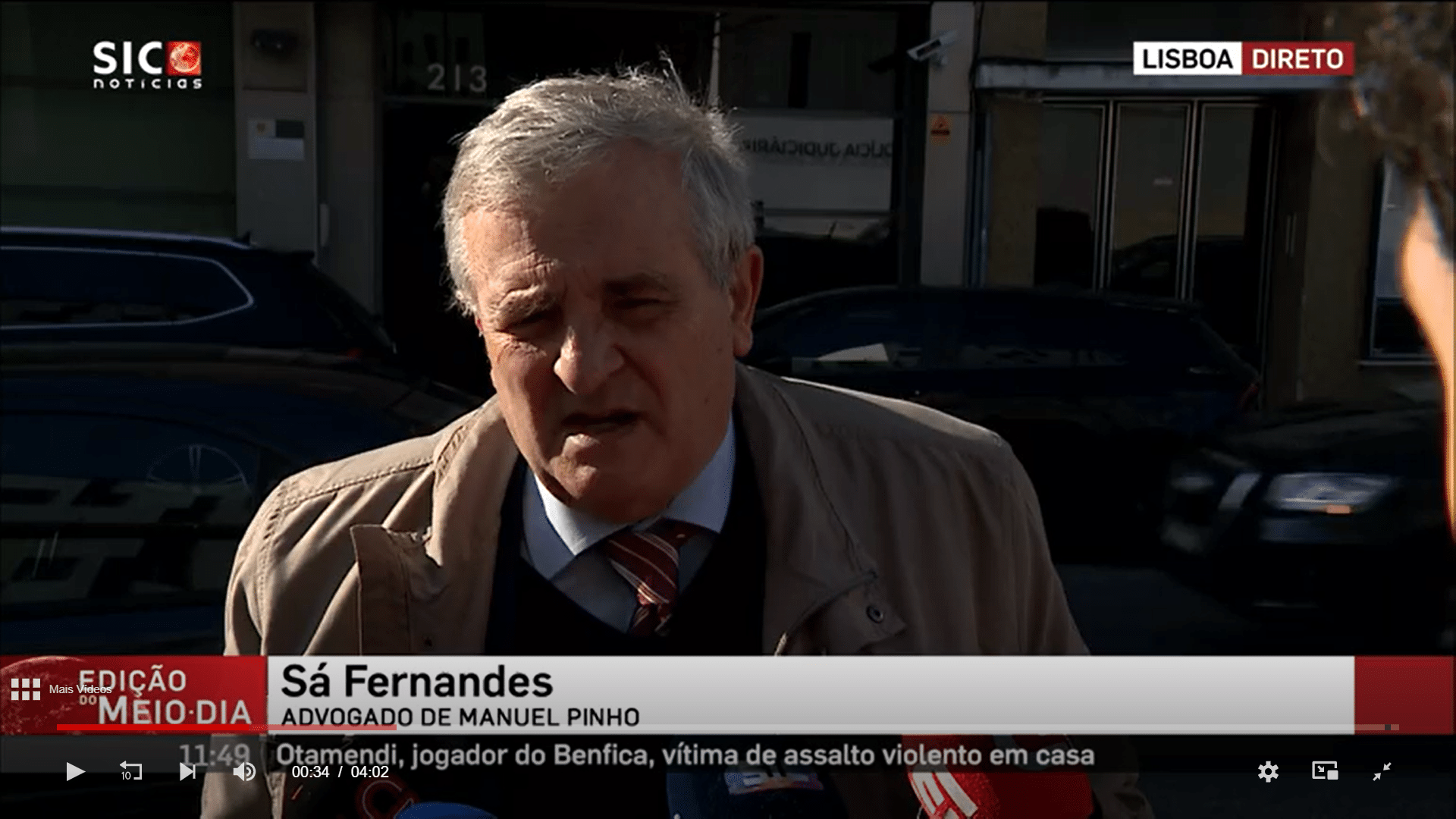 After years of seemingly stop-start revelations and investigation, former economy minister Manuel Pinho – a key figure in the EDP rents corruption ‘scandal’ – has been arrested in Lisbon.

Mr Pinho has been ‘suspected’ of fiscal fraud and money-laundering for longer than most people can remember (click here).

His wife Alexandra Pinho is also cited for money-laundering, and has a warrant for her arrest either about to be served, or already served.

Talking to journalists outside the office of DIAP (the department of criminal investigation and penal action), he described what he calls “a serious abuse of power”… the “wrong notion of the exercise of justice”.

As Mr Sá Fernandes explained, this is a case that has been running for 10 years, concerning facts that happened up to 15 years ago.

His client has “always turned up” when summoned for questioning. He has always answered questions, and now, suddenly he is arrested.

“I never believed I would see something like this.

“This is happening because the Public Ministry understands that by changing the judge there are conditions of coercion that can be applied that the other judge would not have applied.

“The Public Ministry cannot choose judges that it thinks will better serve its requirements… this is a huge abuse of power”, he said.

Mr Sá Fernandes’ words and demeanor showed clear perplexity and frustration: “I hate corruption”, he told reporters gathered in front of him. “It is a scourge of this country. It has to be fought – but not by trampling over people’s rights… This is a sad day for Portuguese justice”.

This is a situation in which “no one is running”, he stressed – clearly alluding to the case of João Rendeiro, recently ‘captured’ in South Africa after fleeing prison in this country.

Coincidentally, perhaps, this is just the latest ‘shock’ in a week which on day two seems to be full of them. João Rendeiro has been captured in South Africa; the heirs of a dead man found guilty of defrauding the State have heard they could lose their inheritance and now this: Manuel Pinho and his wife suddenly ‘arrested’. “A real abuse of power”, in Mr Sá Fernades’ eyes.

Could the sudden zeal to show the State means business when it comes to corruption have anything to do with upcoming elections in January? PSD leader Rui Rio suggested as much when João Rendeiro was arrested on Saturday – only to be pilloried for making a cheap political point.

Whatever the reasons for justice suddenly thrashing out at corruption in all directions, the situation for Manuel Pinho is that he turned up at DIAP headquarters today ostensibly to be heard on “new facts that had come to light during the investigation of the Public Ministry into the EDP case, and the case of Group Espírito Santo”.

Four months after leaving his post as economy minister during one of the Socialist governments of José Sócrates, Manuel Pinho “received €58,000 from a construction company based in Gibraltar, a tax haven”, explains SIC.

“In court he began by saying that it was an inheritance from his father but did not explain why it came from an offshore”.

“The payment went into the bank account of Manuel Pinho’s wife who will also be heard (by the court) later today.

“Alexandra Pinho is suspected of fiscal fraud and money-laundering”.

SIC continues: investigators have “concluded that BES paid Alexandra Pinho €230,000 in an alleged return for favours by the former minister to Group Espírito Santo.

“Neither the money from Gibraltar nor the money received by Manuel Pinho’s wife from BES were declared for tax and will have caused a loss for tax authorities of €170,000”.

Elsewhere, reports suggest the ‘arrests’ were ordered as the couple’s residence in Spain makes them potential flight risks.