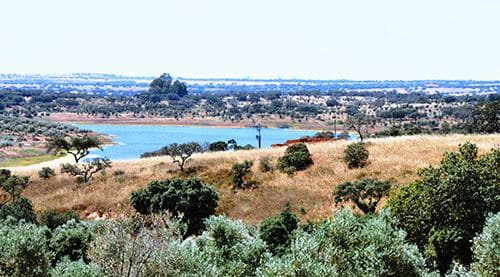 A total of €336 was raised for Tavira Treasure, a charity founded three years ago by members of the Tavira Christian Centre.

Amongst other charitable works, the centre runs a charity shop selling clothing at affordable prices. The proceeds from this and other fund-raising activities are used to help the poor and needy in the area.

The charity works with other local organisations, including the Red Cross and Associação Uma Porta Amiga, an organisation funded by the Tavira Câmara which helps children with special needs.

In recent times, Tavira Treasure has helped a family with financial problems to pay their rent, purchased food for a local children’s home and provided a washing machine to a family that was washing clothes in the shower.

The performance was a sell-out. With a capacity of just over 100 at the  venue, the Choir performed to a full house, at a dinner show with classic rock songs from the 60s to the present day.

The founder and musical director, Howard Scott Parkin, said: “It’s remarkable how the choir is gaining popularity in such a short time. Each show is performed with 100% enthusiasm and professionalism.”

However, it’s getting more difficult to find a venue big enough to cater for the fans of the Choir.

Howard said: “We could easily sell double the amount of tickets. We would like to perform more for charity and we believe the dinner show format is most suitable. If anyone can help us find a restaurant in the Algarve big enough for our show we would really appreciate it.”