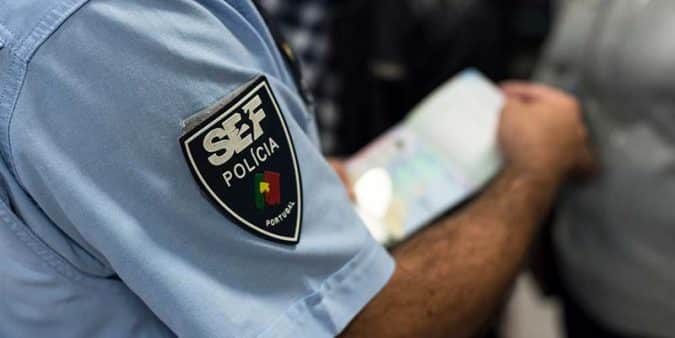 Saturday saw Portugal’s interior ministry announce that SEF would be opening 60,000 appointment schedules in a bid to clear the massive backlog of residency renewals and applications.

Says Público “thousands of immigrants, the majority Brazilian, have been unable to renew their authorisations of residency for some time”.

The article – indeed the announcement – made no reference to the thousands of Brits waiting to exchange ‘valid’ (and sometimes expired) residency cards for new cards, carrying biometric data, required under the Brexit Withdrawal Agreement.

Many of these have found themselves ‘called’ to schedule appointments in the last few days, with no other option for these than to travel to Lisbon.

Saturday’s announcement makes no reference to where the new SEF appointment schedules have been opened; simply that they have been opened and that this means waiting times will be reduced.

Público suggests the backlog owes much to constraints connected to the pandemic, and refers to an “exponential increase in the number of new requests for residency”.

Público’s text stresses that anyone waiting for the renewal of expired residency authorisation will have been covered by the law brought in due to the pandemic in March 2020 which “ensured the validity of documents and visas related to the stay in national territory until December 31, 2022”.

In other words, SEF’s beefing of response capabilities is most focused on these people.

According to Público, there are currently 33,500 foreigners living in Portugal whose residency authorisations have (or will have) expired by December 31, 2022. After that date, the ‘amnesty’ over their perceived illegality ends.

Público’s text refers to the “thousands of immigrants, the majority of them Brazilian” who, in having expired residency documents, “have been unable to leave Portugal, find work or open a bank account” (this last point being slightly moot, in that if these immigrants have been resident they will almost certainly already have bank accounts). But the main thrust of Saturday’s announcement was that SEF is changing up a gear and all the delays of the last two years will be swiftly sorted.

MAI has also described the ‘recent conclusion of drive to hire 116 new technical assistants, the adoption of a new simplified procedure for processing residency applications, and the reactivation of the ‘SEF goes to school programme’ as being “other measures that will help” catch up on the country’s bureaucratic backlog.

According to SEF data, the number of new immigrants in Portugal in the first six months of this year has exceeded the total number of residency authorisations conceded in the whole of 2021 (roughly 133,000). There are currently a little more than 800,000 foreign residents in Portugal,  Brazilians accounting for roughly 250,000.

*MAI’s assertion that phone calls to SEF are answered within 10 minutes has not been borne out by the experiences of our readers. It may be that from Monday, however, this ‘new broom’ at SEF ensures that phone calls are actually answered. Certainly over the weekend, this was not proving the case, as one reader writing in has eloquently explained in our letters section.