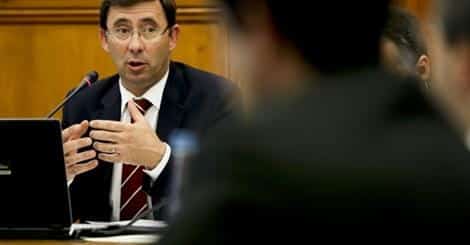 As of yesterday, Portugal has no Secretary of State for Forestry and Rural Development. The government announced on Thursday (October 2) that Francisco Gomes da Silva resigned due to “personal reasons” and that his areas of responsibility have been temporarily transferred over to the Ministry of Agriculture, Sea and Spatial Planning led by Assunção Cristas.
In a press release sent out by the government, the minister guaranteed that “the areas of Forestry and Rural Development are fundamental for our country and will certainly continue to be at the forefront of our ministry”.
Assunção Cristas also thanked Gomes da Silva for his work, stressing his “personal and professional” qualities.
Without explaining what led him to resign, Gomes da Silva said only that he wanted to thank the minister (Assunção Cristas) for her confidence in him and “publically say what an honour it was to work for the 19th constitutional government.”
But according to Expresso newspaper, Gomes da Silva had wanted to quit for months.
Government sources told the paper that he had asked to resign in March but that Assunção Cristas had asked him to continue until the end of the fire season.