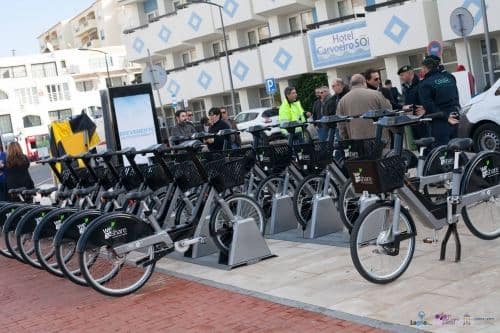 Monchique residents are now having to fight against not one but two mining companies wanting to explore for feldspar in the area.

An online petition against mining exploration in Monchique had reached nearly 1,500 signatures on Wednesday, when the Algarve Resident went to press.

Residents of Monchique launched the online petition, Save Monchique from Greedy Hands, to fight the mining projects that they say will destroy the area’s unique environment and natural beauty.

The projects to explore for feldspar deposits in Monchique have been proposed by the companies FELMICA-Minerais Industriais S.A and, more recently, Sifucel – Sílicas SA for the areas of Corte Grande and Carapitotas respectively, both located on the Picota hill, an area which falls under the Natura 2000 network of protected areas in the EU.

Monchique Câmara and the Alferce parish council have already announced that they oppose the projects, which are currently being assessed by the Energy and Geology General Directorate (DGEG), the governing body.

Theo Noordeerloos, the initiator of the online petition, said: “The Portuguese government is willing to give the rights to prospect minerals in several open mines (quarries) to private companies in the Serra de Monchique.

“This is an ecological mountain area and one of the most beautiful parts of the Algarve. It is home to the Bonelli eagle and the new habitat for the Iberian Lynx. Many small projects of sustainable tourism are developing here and the wonderful Via Algarviana passes through these mountains.”

John B. Weston from the UK posted on the website: “Please do not spoil the area. It is unique”, while Lídia Rodrigues from Portugal described Monchique as “the biggest Algarve natural garden”.

A scroll through the petition signatures reveals that many opponents are of foreign nationality.

A spokesman for the DGEG said the projects are still in a “very preliminary stage” as there needs to be on-site analysis, after which there will be an Environmental Impact Study and a public consultation period.

“Everyone will have the chance to be heard,” he said. However, the spokesman admitted that the Monchique area has “great potential for mining exploration” and that is why the projects are being considered.

Neither projects have yet been published in the government’s official newspaper Diário da República. After its publication, people have 30 working days to submit suggestions and complaints.

The online petition, which aims to get 5,000 signatures, can be found at www.thepetitionsite.com/1/save-Monchique-from-greedy-hands To complain about the projects, please send a letter to Direcção Geral de Energia e Geologia (DGEG), Avª 5 de Outubro, 87-5º Andar, 1069-039 LISBOA or email the DGEG at energia@dgge.pt

To consult the project proposals, please visit www.dgge.pt (only in Portuguese). For easier access to the documents, please search (‘Pesquisar’) the names of the companies on the top right-hand side of the homepage.
1″>news