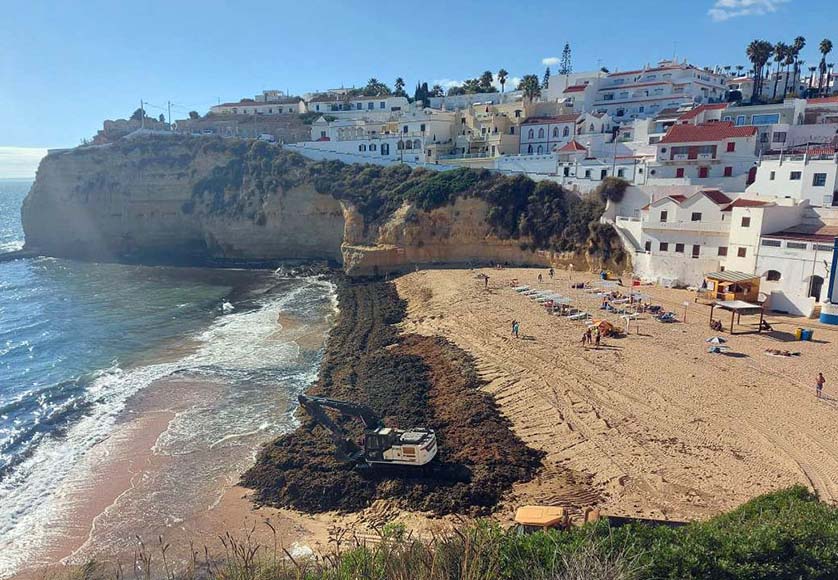 Masses of seaweed piling up on Carvoeiro beach is today being cleared by the local council. Machinery (excavator and truck) began removing the seaweed, which washed ashore following Storm Danielle (earlier this week), this morning. 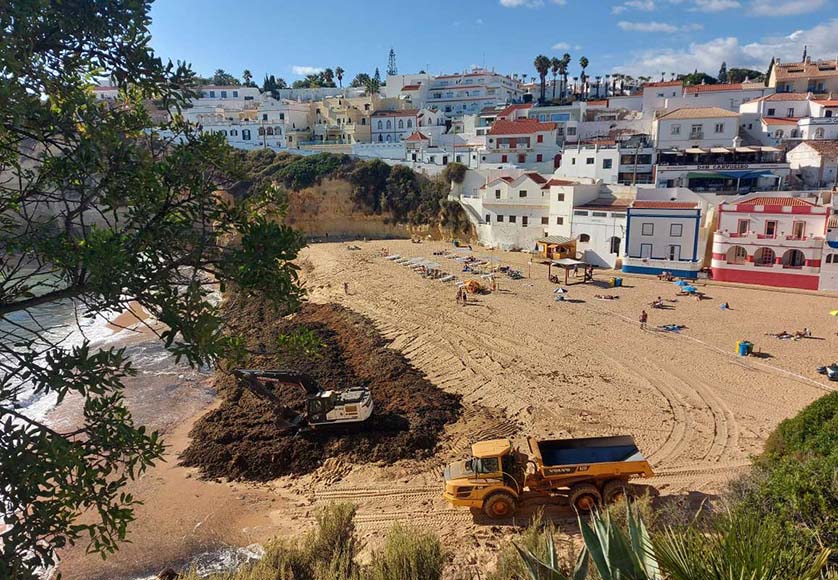 Work to clear the hundreds of cubic metres of algae followed a thorough assessment by the Lagoa Council’s environmental department, which described the operation as “complex” and is expected to continue in the next couple of days. 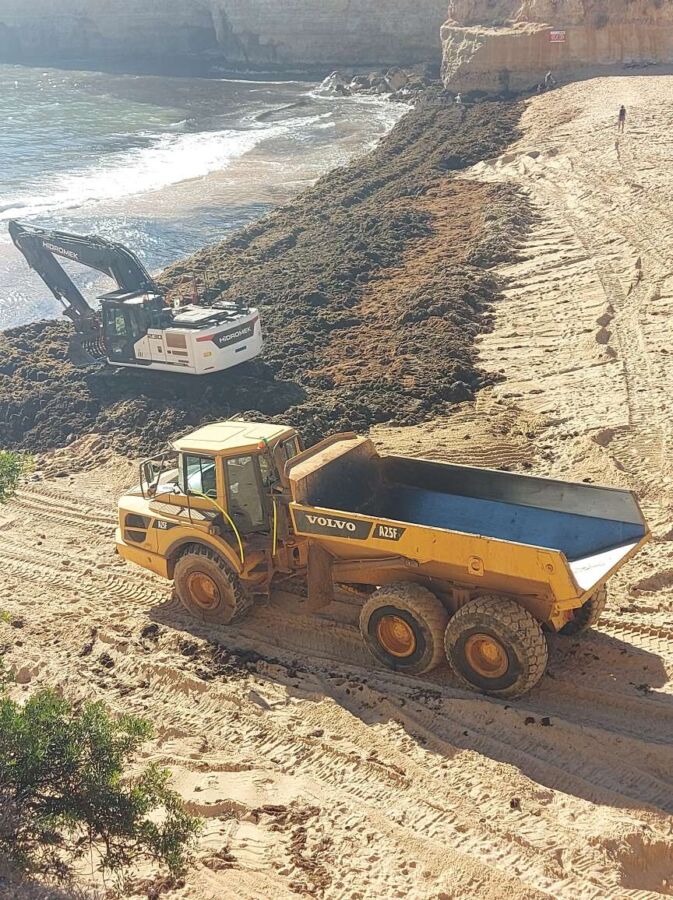 According to the council, the seaweed will either be handed over to Algar, the region’s waste management company, or to the agriculture sector for use as fertilizer. 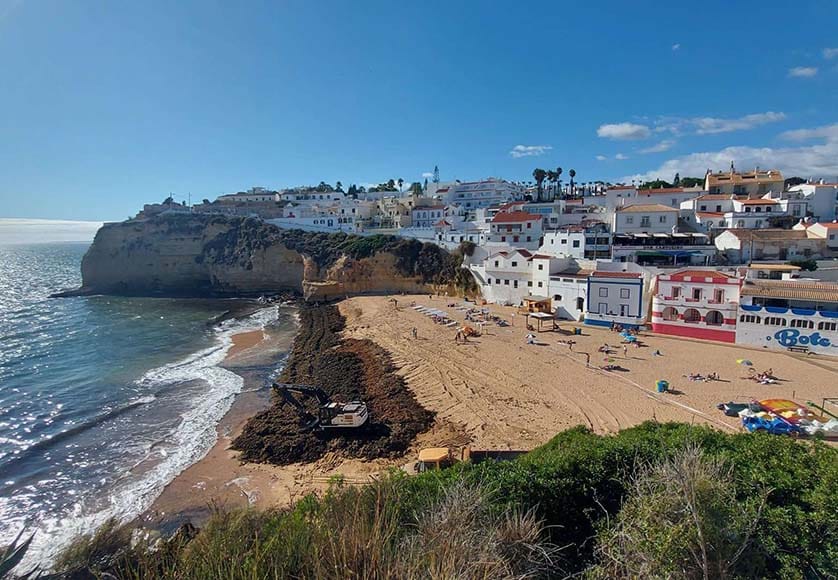 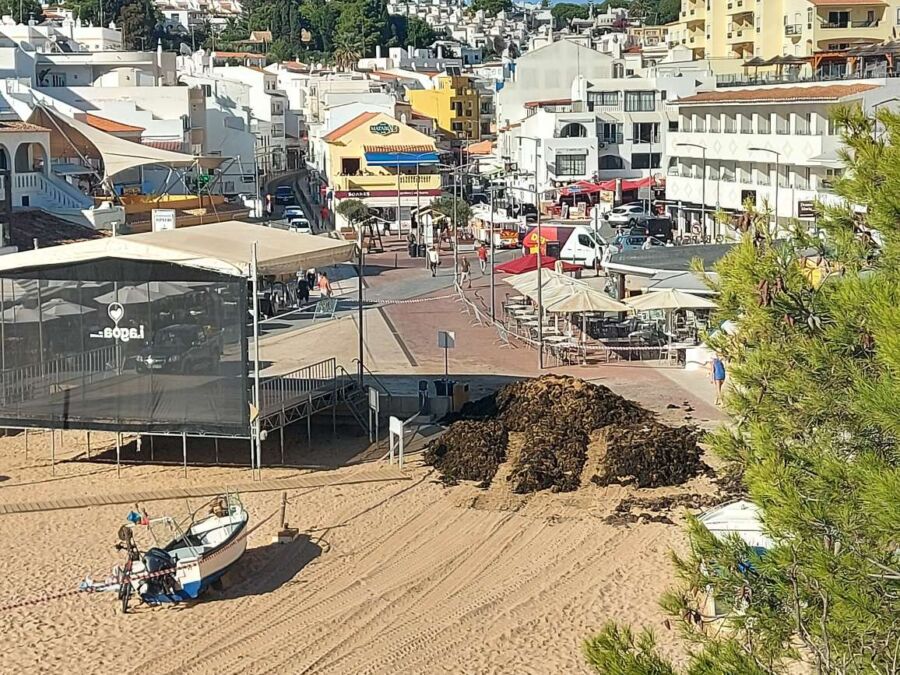