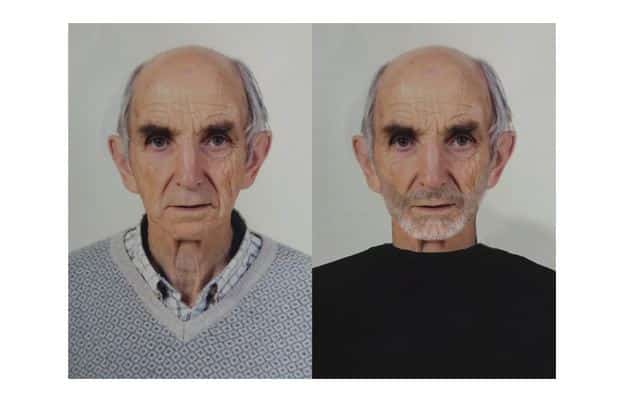 Family and friends of missing British resident John Bainbridge are organising a search across the Algarve this weekend, desperate for answers (see update below).

As we went to press, there had been a number of new developments but the situation was essentially the same: there hasn’t been a verified sighting of the 79-year-old who suffers from Alzheimer’s since the morning in which he left his home in Odelouca (Silves) in freezing temperatures nearly two weeks ago.

Wife Anita, 74, is being “marvellously supported” (daughter Su’s description) by friends, neighbours and the authorities, but the bottom line is that she is incredibly concerned for the safety of the man to whom she has been married for 55 years.

Among the most positive developments is a website findjohnbainbridge.com which is open to people who think they may have seen the very slim, grey haired, 6-foot tall grandfather – no matter at what point in the Algarve, or indeed the country.

The problem is that the family truly has no idea where he could be.

Police had been containing the search to the immediate areas around the Bainbridge’s home – difficult terrain in itself with hills, rivers and thick undergrowth – but as one of the last sightings suggests he was “trying to hitch a lift”, he may have been successful.

Posters in English and Portuguese have been put up in various parts of the Algarve (download poster below), but John’s daughter Su has discovered that a number have “already been taken down”, so it is possible the message that this man is still missing is not getting out.

As we went to press, the family was intent on organising a new round of searches this weekend.

Anyone keen to help – anywhere in the Algarve – can get in touch via the website, or by calling the family on 963512870.Information about the searches will be put onto the website once finalised.

John’s wife and daughter are being supported by the British Consulate, and were due to get an update on the GNR’s progress as we went to press.

They both ask for people and/ or organisations supporting the homeless to be on the look-out for anyone answering John Bainbridge’s description.

The ‘new photograph’ is a computer-generated attempt at showing how he could look after nearly two weeks without shaving.

His wife adds that her husband can walk with a slight limp “when he’s tired”, as a result of an accident he had many years ago.

Frustratingly, there have been a number of ‘sightings’ since John Bainbridge went missing, but none have been verified.

His daughter told us on Wednesday that the family and police are looking into a possible sighting in Olhos d’Água, but there is no certainty that the man spotted was her father.

Safe Communities Portugal continues to assist in this agonising situation as the family holds onto hope that John Bainbridge can be brought back home.

As of Wednesday midday February 14 there was still no sign of John Bainbridge despite the fact that scores of people turned up at various search points organised across the Algarve last weekend.

The situation is “really worrying” but the family are holding on to hope that their loved one is being “looked after somewhere”, possibly by people who have no idea he is missing.

Meantime, Su and her mother Anita will be guests on Owen Window’s Kiss FM show “Solid Gold” this Sunday, in another bid to highlight the need to keep searching.

Photo: Computer-generated photograph to show how John Bainbridge could look after nearly two weeks without shaving