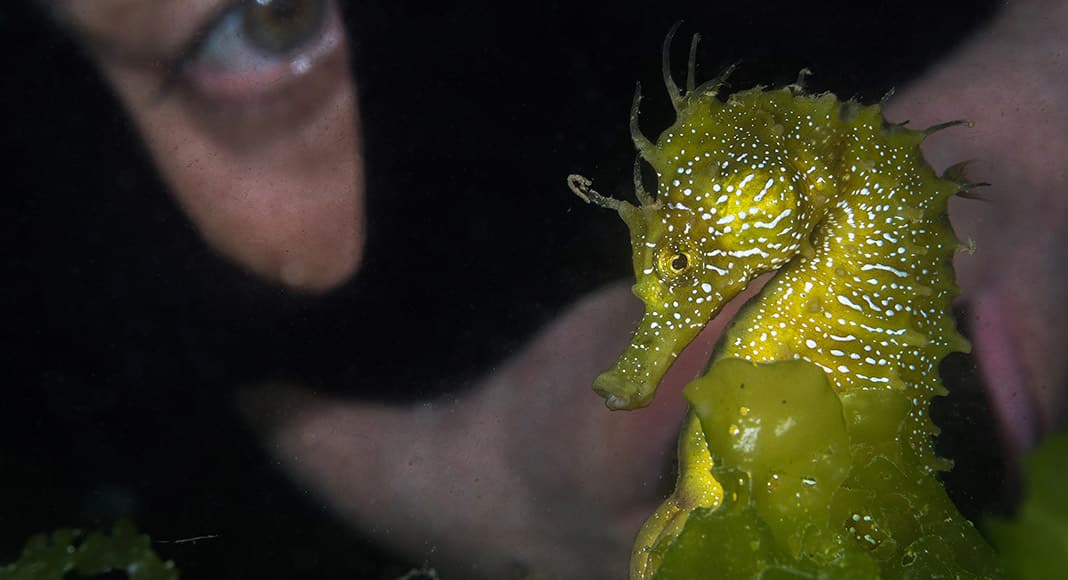 Boats are currently prohibited from circulating in two distinct areas of Ria Formosa, in a bid to save the dwindling population of seahorses.

As anyone who lives in the area will know, Ria Formosa has the largest population of seahorses in the world. But it has drastically reduced in recent years. Indeed it is down by a terrifying 90% (click here).

Conservationists fear that if nothing really concrete is done, Ria Formosa’s seahorses could become extinct.

Thus the decision by Faro and Olhão ports authorities to create two separate havens: one east of the island community of Culatra, the other in the area known as Geada – midway between Faro commercial docks and the opening of the Faro-Olhão ‘barra’.

Explain reports, anyone encroaching on these areas in a boat could face fines that will run from between €400 to €2,500.

The issues threatening the Ria’s seahorses are various, but a lot has to do with ‘illegal capture’ of these tiny creatures for the Asian market (they have been used for centuries in traditional Chinese medicine).