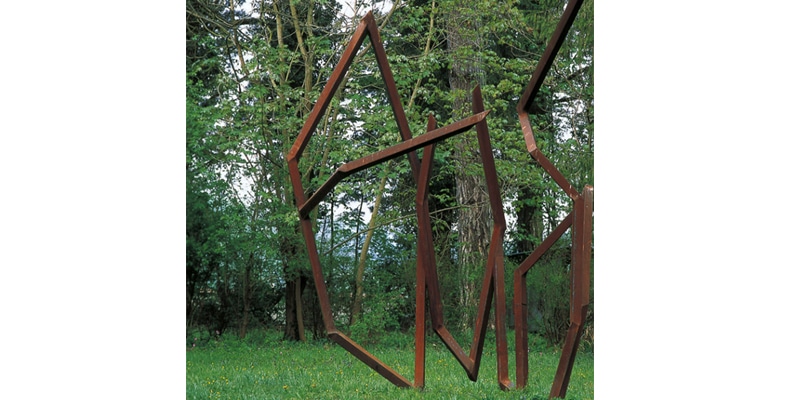 Sculptor Robert Schad will be the speaker at an upcoming talk by the Algarve History Association (AHA) on Monday, September 30 in Tavira Library at 6pm.

Robert will be speaking about his work in the context of “Sculptures inspired by Portugal”.

The artist was born in Ravensburg, Germany, in 1953 and studied art at the State Academy of Fine Arts in Karlsruhe.

Robert Schad lives and works in Larians (France) and Chamosinhos (Portugal), where he has had a second residence since 1988.

In 2007, at the new complex of the Holy Trinity, Fátima Shrine, Robert erected the High Cross, 34-metre high piece which occupies a prominent position and is perhaps his most famous piece.

A major recent exhibition in Portugal was the “Percurso Lusitano”. Robert exhibited his iron sculptures in 15 municipalities throughout the country. This exhibition included only one piece in the Algarve, on the main road only six kilometres from our home. “Having noticed this one sculpture, we had to find out more about the sculptor and his exhibition,” said Lynner Booker from AHA.

According to the sculptor, “iron comes from nature and the purpose of this exhibition is to reintegrate this material in its place of origin, in ways that are linked with nature, transmitting the inner energy existing in trees and plants.”