Formed over millennia, pushed from the bowels of the earth, granite’s “very hard to work, slightly radioactive, poisonous”. Yet, with his father’s coal chisel and hammer in hand, sculptor Sören Ernst “started banging away” at it.

We meet at Fortaleza da Luz. In the background, preparations for the Fortaleza Art Show are underway. Bubblewrap clings to abstract carved figures of the Four Temperaments that are being set in place. Suspended from branches like oversized alien pinecones, Time Capsules hang, twirling infinite loops.

“You don’t actually find the wooden sculptures on my website and there’s a reason for that. If you deal with many crafts and are not master of any, then you are not taken seriously by many people in the art world.”

It’s hard to do anything but appreciate Sören’s mastery of his craft and knowledge. The calçada beneath our chairs is explained by its geological formation and as “one step on the way to marble”, while the syenite steps, the stone itself from Monchique, “will be here for 20,000 years. Generations of feet won’t be able to wash it away”.

Seen through Sören’s lens, there comes an appreciation of the matter that surrounds us, seemingly un-malleable, yet able to be sculpted by the few who possess the patience, strength and enthusiasm. The culmination of these skills and the artist’s experience are in the project he and sculptress Steff Bauer completed for the film “The Hunger Games: Mockingjay – Part 2”, for which the pair completed their largest-ever project – carving President Snow’s face onto a cliff-face.

“The whole cliff-face was 20 metres. It was 10m off the ground, and we did this 5m tall face. By the time we actually started, we only had three weeks.” It takes watching the videos to appreciate the scale of the undertaking and longer to accept the statue’s fate. Upon completion, dynamite was drilled into the surrounding rock. When the cameras rolled, the dynamite was detonated and the face of President Snow fell, shattered. “It was part of the deal,” Sören says, smiling.

Born in Hamburg, Germany, “where boulders that came from Norway and Sweden in the ice age were deposited, some the size of houses”, Sören has been surrounded by stone since childhood. As he splits his time between Germany and Portugal, his surroundings shape his work: “You do take different things from different environments, definitely. I feel very inspired by nature here and this also makes my work pleasant to the eye, something you can look at in a hundred years, hopefully, and still feel the same uplifting effect,” he explains. “It’s not so much of the human aspect but more something of the divine that we grasp with our craft, skill and bring down to earth with us. And so, there’s this aspect here which is based on the beautiful surroundings, the sea, and nature… In Germany, there’s a different influence.”

Though power tools are in his artillery, Sören also uses the same hand tools as the Romans would have used. “We start with a pointed coal chisel, a flat chisel, forked chisels, and finer and finer grades.” Each piece is finished by hand polishing. This process takes as long as it does to sculpt the statue and gives the marble a luminescence that’s unobtainable when polished by machines.

Still, one has to wonder how it’s possible to take a stone from its rawest form to becoming a timeless piece of art. “Stone has a life of its own and you have to work with it. You have to respect that. This is true with every material. You have to adapt to that. You cannot force your will upon the material, it has to be a dialogue. It teaches you immensely.”

It seems many fail, as out of 100 people to try only one or two will possess the qualities to transform dense heavy matter. “The first time, you think, ‘I’m never going to get anything out of it’. And, you see how little you break off every time; it’s just so frustrating. Then, when you have that sort of expertise, it becomes a great joy because it’s actually like a dance. Before you know it, you have it. If you’re too faint-hearted, let’s put it that way, you don’t get any joy out of the working process. The whole thing is: be fast, be bold, get down to it, and discover the shape that’s in there,” says the artist.

To learn more about Sören and his craft, visit his website or look out for his workshops and his studio at Casa Pequena in Alma Verde. 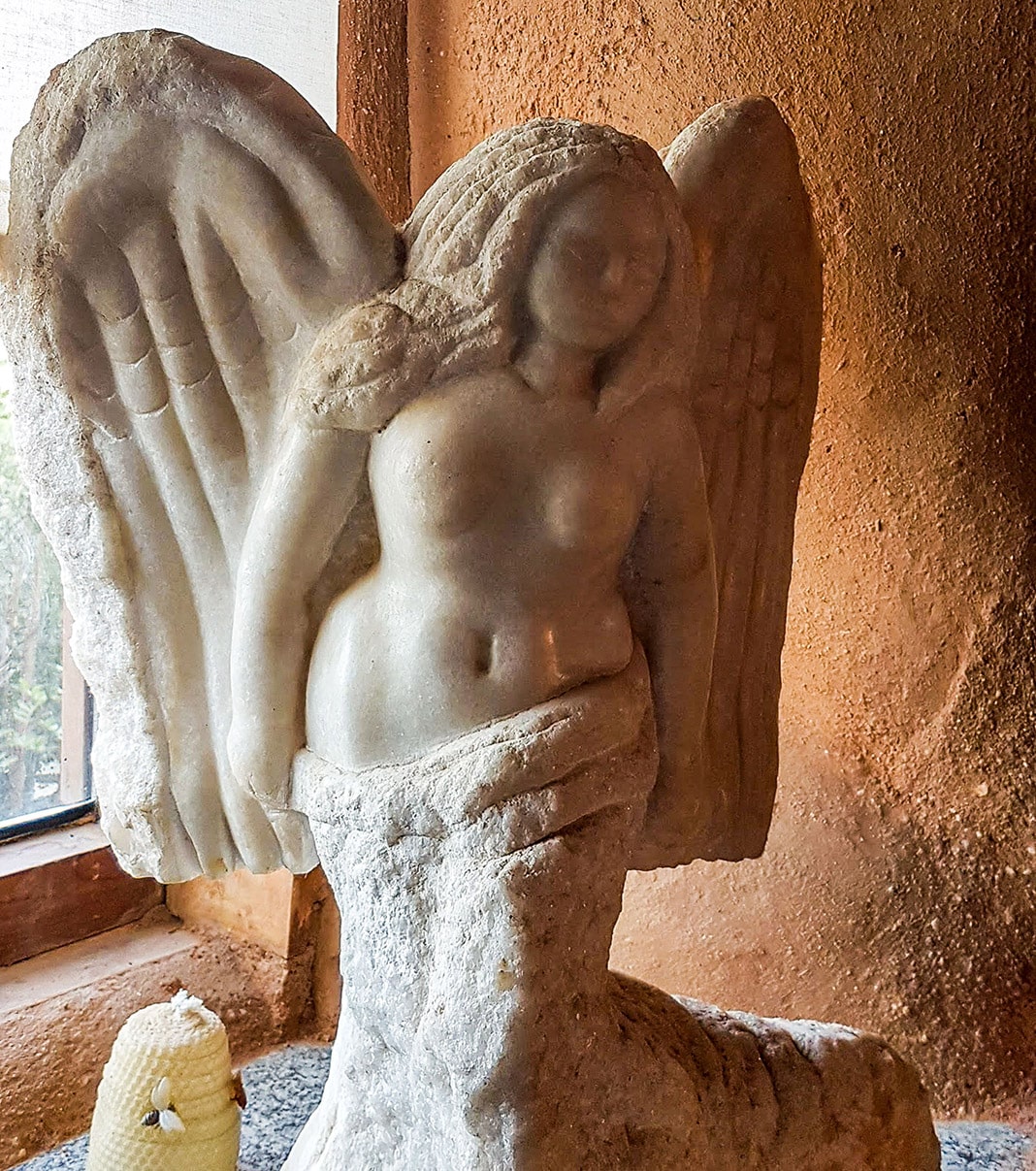 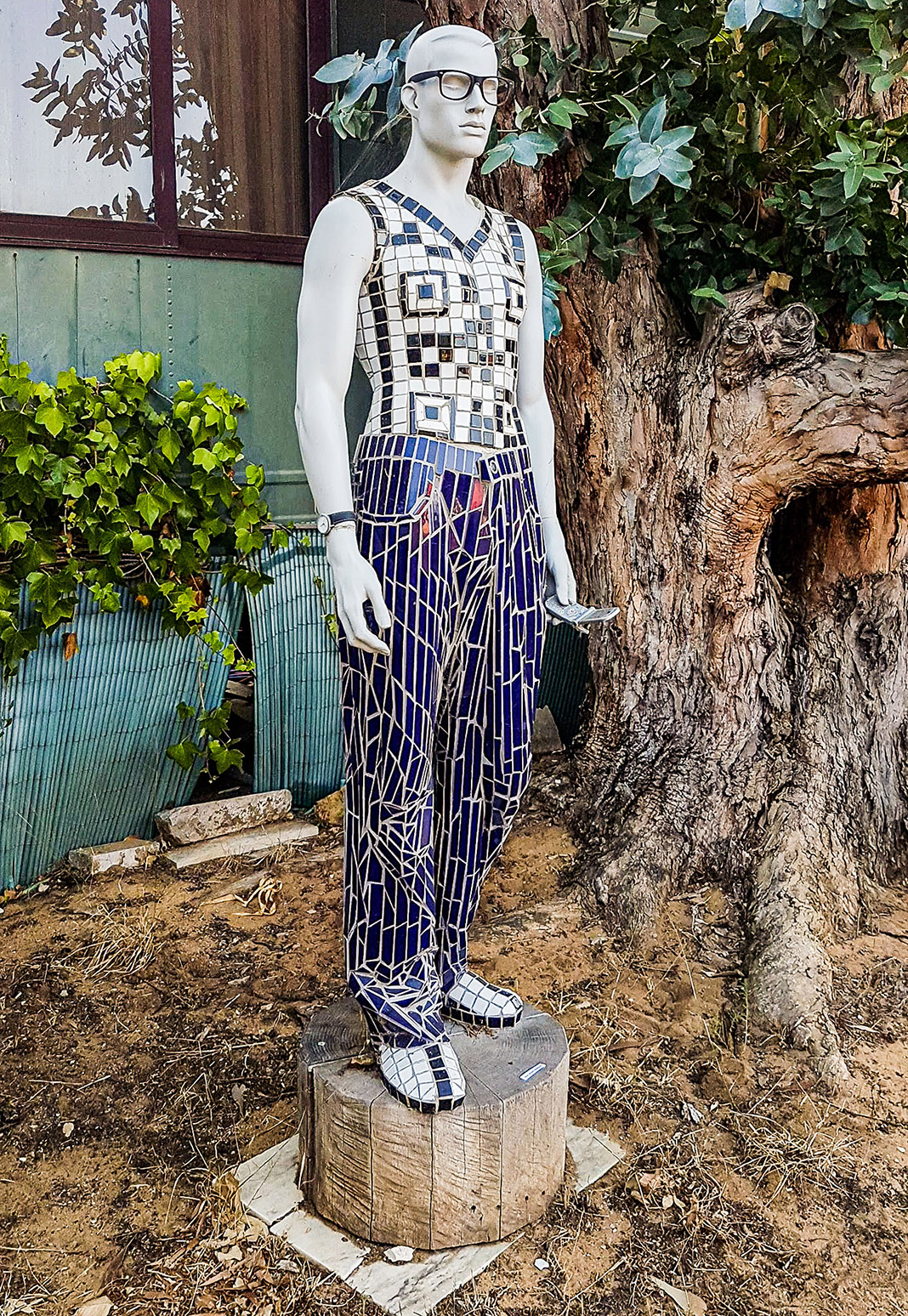 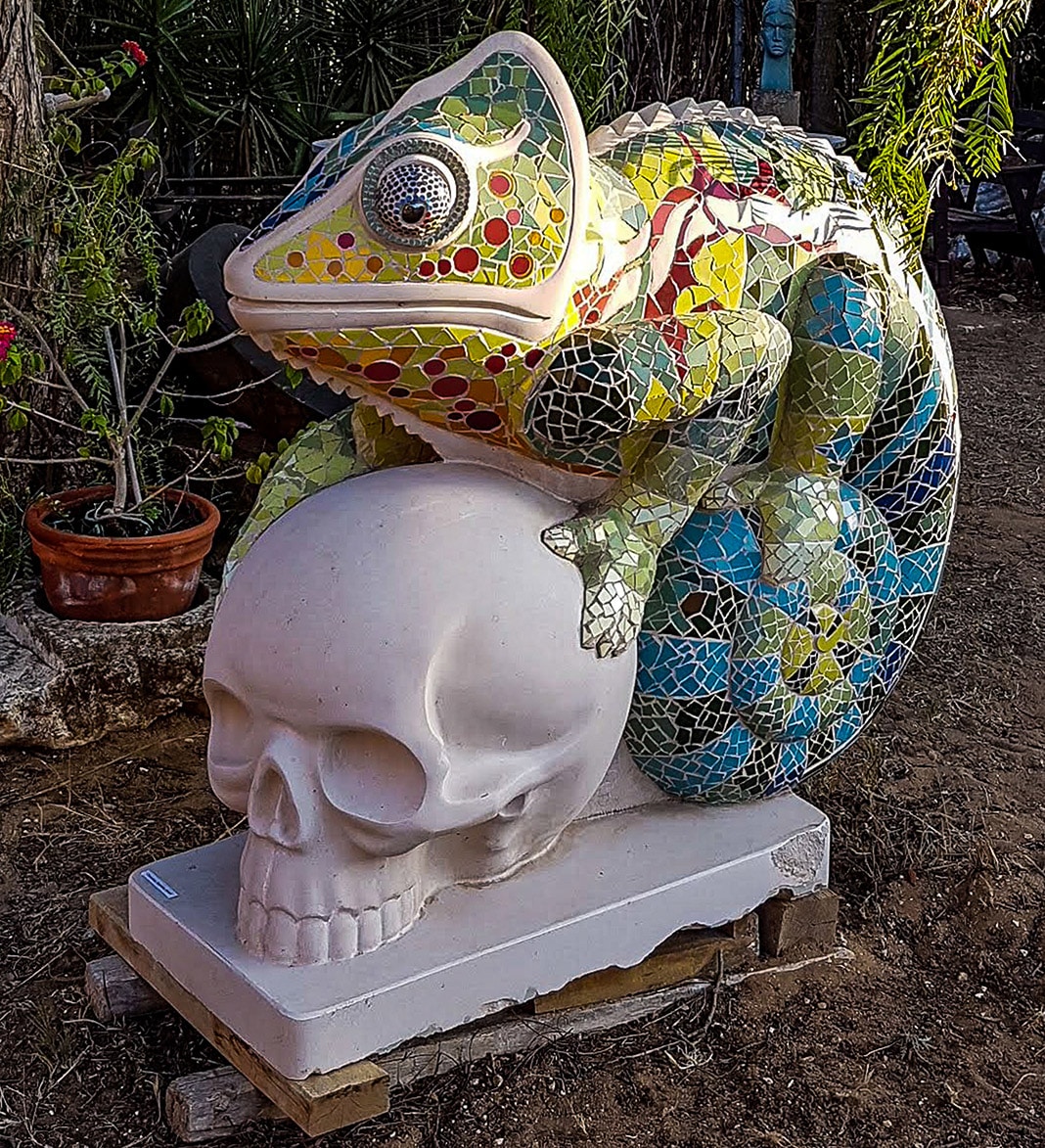