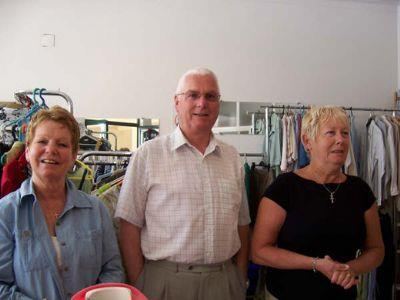 The Association for the Protection of Animals in the Algarve (APAA) held an Annual General Assembly (AGA) at the Hotel Garbe in Armação de Pêra on March 31.

Newly elected president Alan Camplin-Smith welcomed members then went on to detail upcoming events and plans for the registered charity for the rest of the year.

The popular annual non-pedigree dog show, Scruffts, is planned to make a come-back this year on Sunday, September 13, at the Fatacil grounds in Lagoa and is waiting only for the final confirmation from the Fatacil centre and Lagoa Câmara for the go ahead of the 10th show.

Other dates for the diary organised by the APAA include a quiz night and dinner at the Boca do Rio Restaurant on May 8, a stand at the International Fair held at the Fatacil on May 30 and 31 and an Indian barbeque on June 20 at the Hotel Garbe in Armação de Pêra.

Meanwhile, outgoing president, Linda Pixley, was recognised by the members for her work over the years by a vote of thanks from those assembled at the meeting.