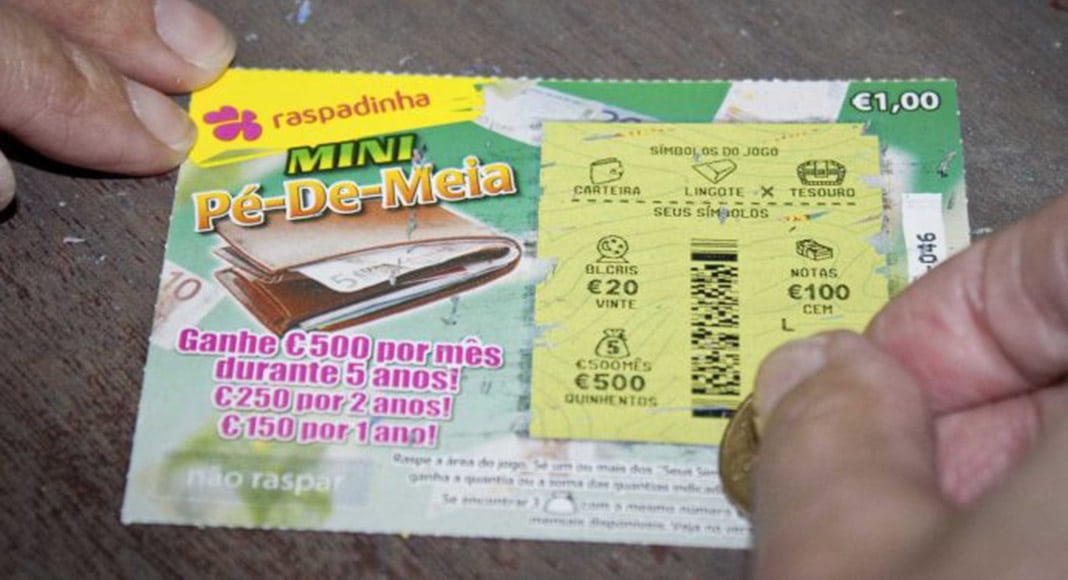 A study has warned of the dangers of the spiralling ‘scratch-card epidemic’ which sees Portuguese people spending an average of €4 million every day.

The report published today in the Lancet Psychiatry stresses that “numbers in Portugal are brutal when compared with Spain, and even the rest of Europe”.

“We spend much too much money on scratch-cards and this means that the number of people with pathological gambling issues and addictions is also potentially greater”.

Investigator Pedro Morgado of the University of the Minho insists scratch-cards need to be regulated.

It’s “absolutely urgent” that the epidemic is tackled, Morgado explained, particularly as the study he coordinated has found “there are more and more patients seeking medical help for a gambling habit associated with scratch-cards”.

These patients are more often than not brought into consultations by families whose savings have been plundered to satisfy the habit, or who have already notched up “unmanageable debts”.

Sales of scratch-cards – a form of ‘instant lottery’ – must be regulated, says the study’s bottom line, conceding that there may well not be the political will, bearing in mind scratch-card sales result in hundreds of thousands of euros worth of taxes flowing into State coffers.