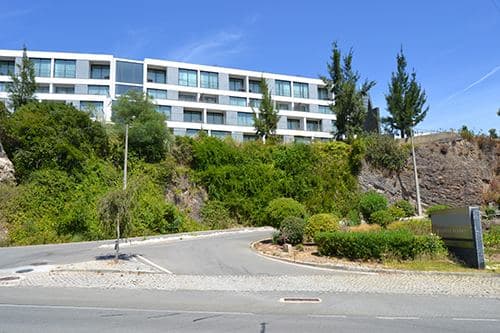 Monchique’s spa resort, formerly known as Longevity, is undergoing €5 million worth of renovations to reopen in June under the management of Scottish group Macdonald Hotels & Resorts.

The deal is a partnership between the Discovery Portugal Real Estate Fund which owns the complex, Fundo Revitalizar Sul which owns the site it is located on, and the Macdonald hotel group.

It has also received an undisclosed cash injection from Millennium BCP bank and Portugal’s tourism board (Turismo de Portugal).

But while this is all that’s been confirmed so far, tourism newspaper Publituris reports there are also plans for Macdonald to manage the Vale da Ribeira resort in Mexilhoeira Grande, Portimão – also owned by Discovery.

As Publituris points out, Macdonald already manages Discovery’s other asset in the Algarve – the Vale d’Oliveiras Quinta Resort and Spa in Carvoeiro.

No one from Macdonald, Discovery or the local council confirmed whether or not Vale da Ribeira is next on the list.

What is certain is that the new Macdonald Monchique Resort Spa is going to officially open in June, with 190 suites, a spa, several restaurants, bars and pools, a kids club, cinema theatre, conference room and an area for outdoor activities.

Pedro Seabra from Discovery said in a press release this week that the opening of the resort is an “important milestone for the fund”.

“With the support of our partners, we were able to raise the money to allow it to be used to the fullest of its potential.”

The deal was also praised by the CEO of Macdonald Resorts Ltd, Simon Jackson.

“We applaud Discovery’s substantial investment in this complex, and share their vision and ambitious goal to make this project internationally known,” he said, adding that Macdonald is “excited to start working with Discovery to make the resort a top holiday destination”.

Longevity Wellness Resort opened in 2010, representing a bulky €40 million investment and being billed at the time as “the first five-star tourism establishment in Portugal that provided preventive medicine and helped control the ageing process”. But then it went out of business in 2014.

Local mayor Rui André is confident it will go well this time. “This is a very big infrastructure that will be managed by people with a lot of experience in the tourism sector,” he said.

André also celebrated the fact that the Macdonald Monchique Resort Spa will “create many jobs” and cater to the kind of tourism the municipality wants to promote – “health and wellness”.

Photo: The resort is located in Caldas