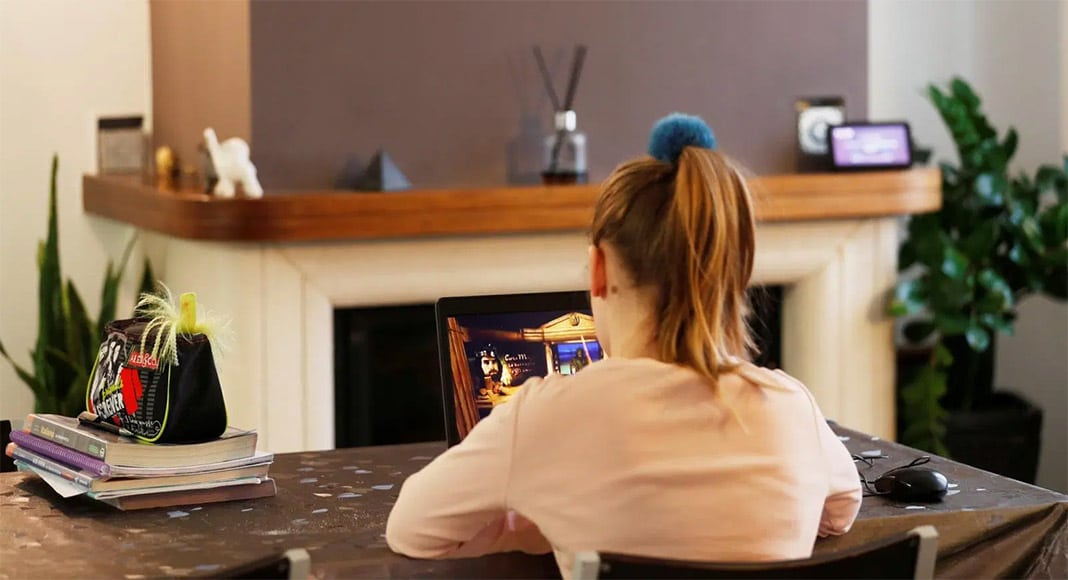 Today sees the ‘return’ to school after the Easter break with all the nation’s children still at home.

The third period will differ from the last two weeks of the second, in that ‘distance learning’ programmes have become much more focused, and the RTP Memória television channel is being seconded to run ‘Telescola’ from April 2o – promising hour-long lessons focused at all the different years, from 1st to 9th, throughout every day.

Other ‘changes’ involve the scrapping of tests and exams – except for the oldest years which the government insists will be returning to school by May 4 in order to pick up their various curricula.

The idea for the older pupils (11th and 12th years) is that a return to school will be ‘protected’ by strict rules on social distancing, the need for all concerned to wear masks and very possibly a ‘reduced timetable’ to preclude the need for refectories opening.

Manuel Pereira of the national association of school directors has stressed: “We are trying to ensure that no pupil gets left behind. We have all cases (where pupils lack internet and/ or television) perfectly identified and we are working on finding solutions for them”.

Other concerns are for teachers with chronic illnesses or conditions who may be in charge of older years but because of their health cannot return to teaching, even with rules on social distancing.

It’s a huge undertaking – not least for the nation’s parents, many of whom are trying to keep up with ‘teleworking’ schedules at the same time.

As for creches, and pre-school groups, these have not been given a ‘return date’, thus all the children remain ‘at home’.

Psychologists have already come to the conclusion that the effects of these ‘lockdowns’ and changes in routine on populations everywhere will be considerable, particularly on children deprived from their normal social contacts, and on the parents left to look after them in such restricted circumstances.

Hans Kluge, director of the European branch of the World Health Organisation, said recently”It is essential to address the public mental health of people during the following weeks,”

Calling the lockdowns, “the world’s biggest psychological experiment”, Dr Elke Van Hoof writing for the World Economic Forum has predicted “a secondary epidemic of burnouts and stress-related absenteeism in the latter half of 2020”.

She said in a powerful article last week  that it’s already clear that those at risk for long-term mental health issues include ‘young people under 30 and children’.