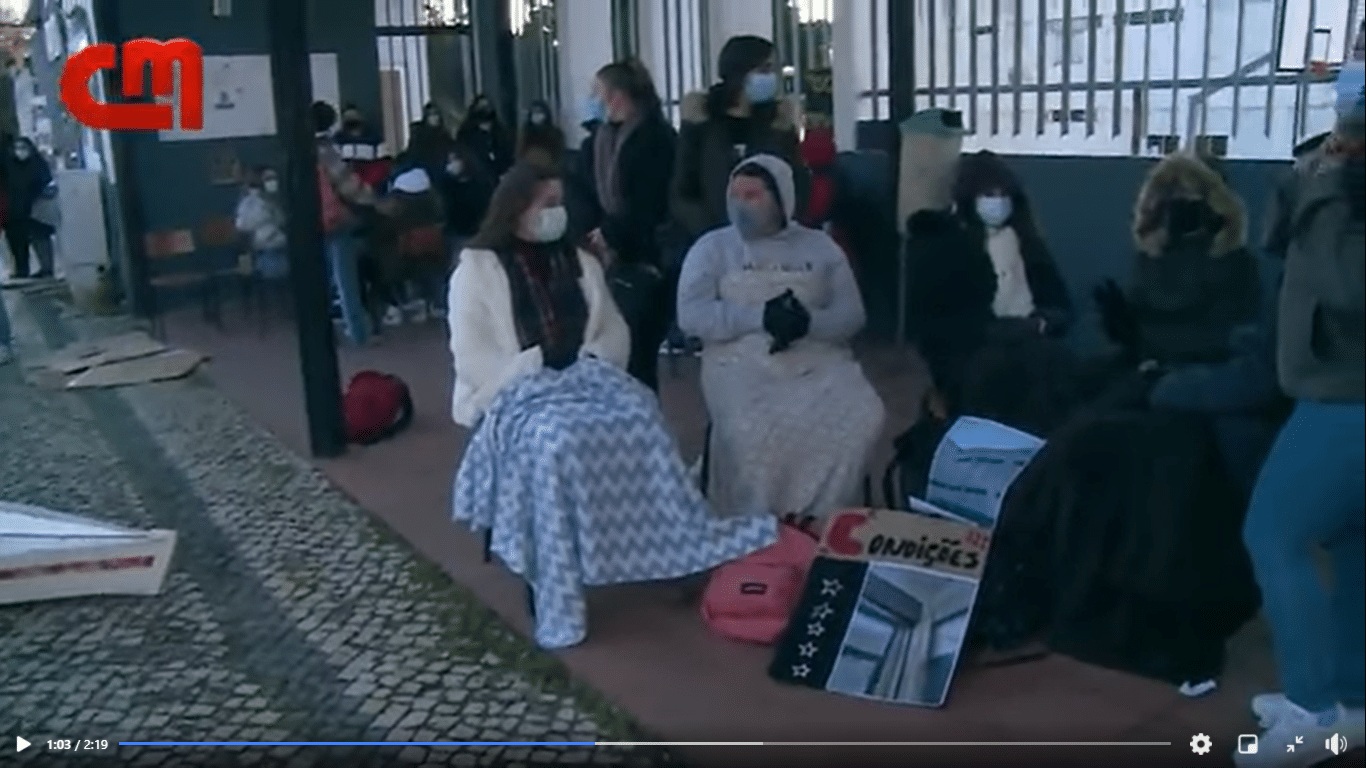 Schoolchildren in Portugal have started mounting protests against the icy-cold in their classrooms.

Wrapped in blankets, wearing several layers of clothing, hats and scarves, the pupils of Serpa’s Escola Secundária yesterday stood up for an issue that has affected school buildings the length and breadth of the country for decades. Indeed a number of them told the reporter covering their protest that their parents had been pupils before them and suffered exactly the same.

Issues involve invariably poorly-insulated buildings, without any form of heating that let the rain come in and have ‘huge cracks in the walls’. Add the arctic temperatures of the last week and the requirement, due to the pandemic, to keep windows and doors open and it’s not surprising that children, their parents and teachers have had enough.

Reports schools advising their pupils to bring blankets with them to class have peppered the press over the last week.

Even in the Algarve, the situation has become so acute that pupils of Portimão’s Escola Manuel Teixeira Gomes, mounted their own initiative in front of the town hall yesterday to try and force authorities into a solution.

“The classrooms are freezing in the winter and boiling in the summer”, children holding placards told Correio da Manhã.

Jorge Ascenção, president of the confederation of parents’ associations, stressed that low temperatures actually prevent the human brain from being able to concentrate.

In his opinion, the children’s protests have been ‘acts of citizenship”. Without doubt more investment is needed in schools, he told CM – as it’s common knowledge that air conditioning units and other forms of heating are rarely switched on.

The problem is that pupils face situations in which they are actually colder within the school building than they would be if they were in the open air.

The situation is certain to remain as it is this year – while the cold snap is set to persist until at least next Monday.